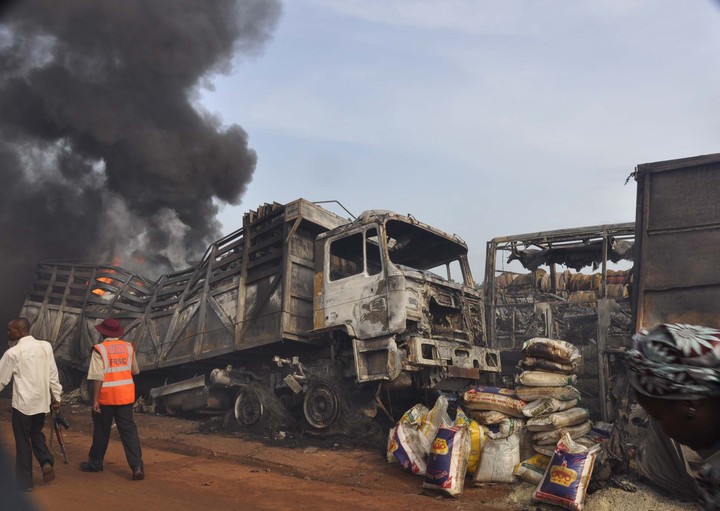 The Federal Road Safety Commission on Sunday said that five people died in a multiple auto-crash, which occurred at Zuba in the Federal Capital Territory on Saturday.
The Public Education Officer of the FRSC, Jonas Agwu, confirmed the incident in an interview with the News Agency of Nigeria.
Agwu said that six vehicles, including a tanker, a mass transit bus, three Golf cars and three motorcycles, were involved in the accident.
He said that 14 persons, who sustained injuries, were taken to the Gwagwalada Specialist Hospital, St. Mary’s Catholic Hospital, Gwagwalada and Lucas Hospital, Madalla in Niger State.
Agwu appealed to motorists to drive with caution and ensure proper maintenance of their vehicles, especially in this rainy season.
Nineteen persons, 13 male and six female, were involved in the incident.