All six English clubs withdraw from Super League amid outrage

Chelsea owner Roman Abramovich’s new yacht will be worth a staggering £430 million, and will have room for almost 100 people to stay.

The yacht, named the Solaris, will be equipped with a helipad, a swimming pool, as well as 48 cabins. 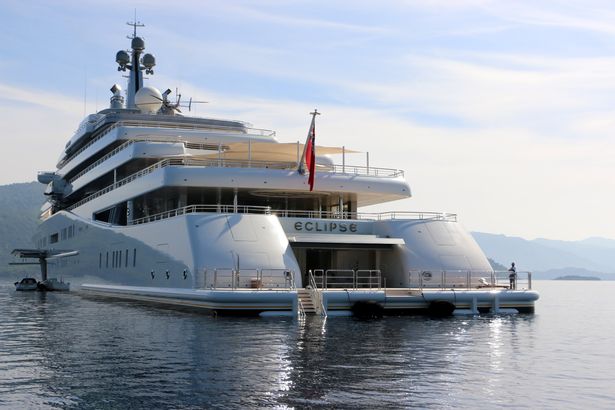 It will be able to sleep 36 guests as well as 60 members of the crew, meaning the entire Chelsea squad would have room to stay if they were ever invited.

However, it still won’t be the largest vessel in Abramovich’s collection.

The Solaris will be 460ft, but still some way behind the Eclipse, which was the largest superyacht in the world when it was launched.

Abramovich’s new yacht will have to undergo sea trials before being allowed to set sail in the summer.

The Russian billionaire has quite specific demands for his new vessel.

The Solaris will have an outdoor beach club area, with a jacuzzi, spa and swimming pool all on board.

It is currently being worked on in Bremerhaven, Germany, and was seen surrounded by scaffolding in December.

The Solaris will have a top speed of 18 knots (20mph) when it is finally completed and ready to set sail.

A source told The Sun : “This will be the yacht of the year when she is launched later this year.

“Details are being kept top secret but she will be a magnificent addition for the owner.

“To give you an idea of the size of Solaris the yacht shed she is being built in is bigger and taller than Buckingham Palace so you have some idea of the dimensions.”

The Solaris will be the most powerful yacht in the world, and will be powered by two electric engines called

The propellers inside the vessel mean a rudder isn’t required and means it can turn easily.

All six English clubs withdraw from Super League amid outrage

Investment into Nigeria rises to $8.41bn in Q1— Report

My husband was ‘encyclopaedia of positive activism’ — Okei-Odumakin