About 7m voters so far registered in Lagos -INEC 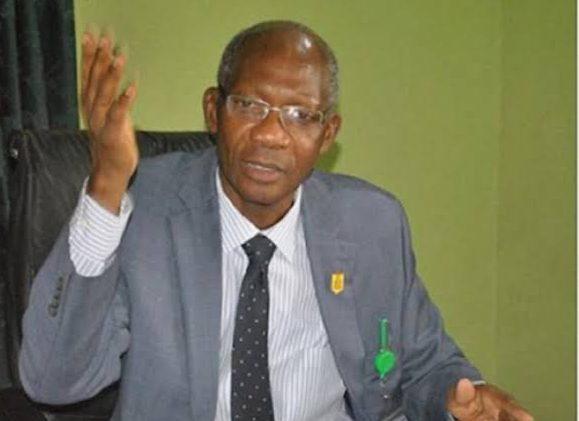 The INEC Resident Electoral Commissioner (REC)  in Lagos state, Olusegun Agbaje disclosed this  in an interview with the News Agency of Nigeria on Sunday.

According to him, if the number of new registrants so far in the ongoing Continuous Voter Registration (CVR) is added to those in the register of voters before in the state, the number will be about seven million.

“In Lagos state as at Monday (July 18), those who registered online are 640, 560 but many of them have not completed registration. Those who have completed the registration exercise are 451, 156.

“The total number of  registered voters in Lagos state before the commencement of the ongoing CVR is 6,570,291,  and if we add the new registrants, we have about seven million registered voters,” Agbaje said.

He, however, said the ongoing CVR had not ended and the commission was still capturing more people before deadline on July 31.

The INEC boss said there would not be any extension of the CVR because the commission had lots  of work to do  on the voters register before printing of the  Permanent Voter’s Cards (PVCs).

He assured that, though the commission could not capture everybody, those who presented themselves for registration would not be denied.

“Every day, there is no one that will come here that will go out without being attended to unless we cannot finish before 7.00 p.m., because by that time, all over the country, the system will shut down to avoid misuse of the machines at night.

“Everybody cannot be captured but those who come to us will be registered,” he said.

He said  the commission had put six extra days to the registration which were Saturdays and Sundays of the last three weeks of the exercise from 9.00 a.m to 5.00 p.m. before the deadline.

Agbaje added: “Whoever comes out on these weekends, especially those who complained that their work do not allow them, will be registered.”

He said the commission had to stop the CVR on July 31,  so as to clean up the voter register which he described as vital in the credibility of elections.

“We have to take the data to our workshop, analyse what we have, then to another workshop for printing of cards, transporting them to all the states before we ask people to come and collect.

“So, the processes are quite long and the time is not there, we have to stop the CVR,” he added.

Urging people to avoid double registration, Agbaje said that those engaged in double or multiple registration would not get PVCs.

According to him, those who engage in multiple registration affect chances of others, saying many who need to seek replacement of lost or defaced PVCs or transfer of their registration to a nearest polling units are registering newly..

He said  INEC would carry out other activities such as the display of voter register for claims and objections, robust cleaning of the register to remove all double or multiple registrants, printing of cards, distribution to states for onward collection by the people.

According to him, all the PVCs for the new registrants from January to July 31 will be ready by October, and from  October to  December, INEC will start distribution.

He said that out of about 34,000 new PVCs printed for people that registered from June to  December 2021 in Lagos, only about 10,000 had been collected across the 20 local government areas of  the state.

“About 10,000 have collected their PVCs out of 34,000 new ones. As people are collecting the new ones,  they are also collecting the old ones,” he said.

He urged the people to visit INEC offices in each of the 20 LGAs  for  collection of their PVCs before it would be too late.