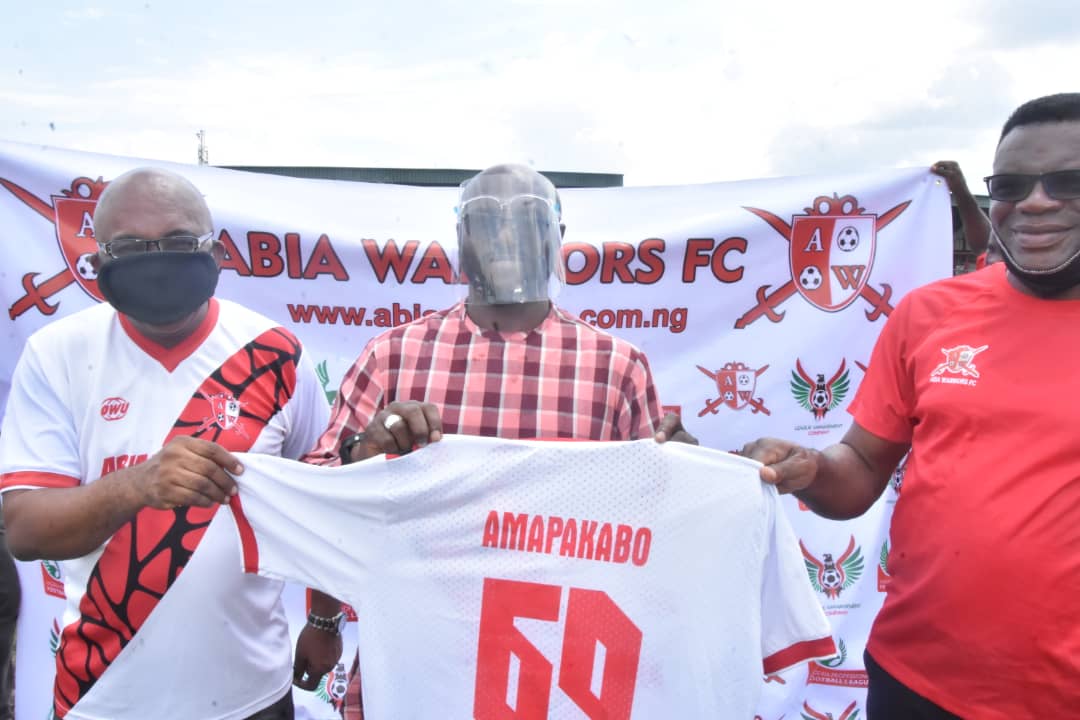 The unveiling of the new coach was performed at the Umuahia Township Stadium, Umuahia on Wednesday.

Speaking at the unveiling ceremony, the elated coach expressed confidence on the ability of the Umuahia Warlords in making maximum impact in the league next season.

The former Rangers International of Enugu tactician pleaded for support from all and sundry, saying the task of taking Abia Warriors Football Club to the next level is collective.

Amapakabo led Rangers International of Enugu to their first league title win in 2016 after 34 years.

He was Assistant Coach to the Super Eagles at the 2018 FIFA World Cup in Russia.

Imama signed a two-year contract with the Abia Warrior team.

He promised to work tirelessly to lead the team to glory in the new season.