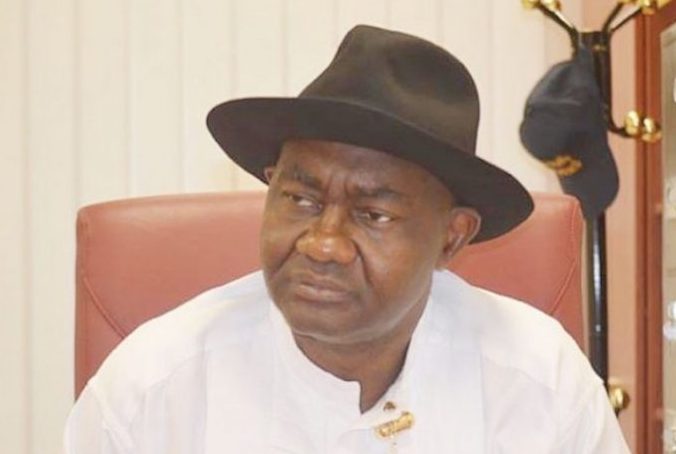 The former representative of Rivers South-East Senatorial District, Senator Magnus Abe, has been carpeted for his preference for the National Leader of the All Progressives Congress, Asiwaju Bola Ahmed Tinubu, over the Minister of Transportation and his kinsman, Rotimi Amaechi, for the 2023 presidential election.

He said Abe speaks from both sides of his mouth and cannot be trusted and thus has severally jumped ship from Amaechi to Governor Nyesom Wike of Rivers State, to the Minister of State for Petroleum, Timipre Sylva, Vice President Yemi Osinbajo and now Tinubu.

He said: “I have resolved never to discuss Senator Abe, having seen how lowly placed and irrelevant he has become particularly, after exposing himself as one that cannot be trusted after jumping from Amaechi to Wike.

“Abe later left Wike and embraced Osinbajo and now he has sneaked away from the Vice President for Bola Tinubu.

“Senator Abe is far from a man to be taken seriously and this times are too serious for his kind of politics.

“He is as unstable as water.”

Eze said although everyone reserves the right to association and to free speech as allowed by law and thus, Abe is at liberty to support whoever he wishes, but where his right to association is expanded beyond its elastic limit to the extent that it becomes toxic, the guardian of public manners is always at a ready to intervene.

He told the former Senator to address the allegation of N4 billion road contract fraud perpetrated against his own community.

Wike made the allegation during a visit to Beera, Abe’s home town.

Eze further counsels Abe to do his best to lay off on issues pertaining to Amaechi and the APC, particularly now that he is no longer a registered member of the party, and do his best to clear his name from the allegation levelled against him by Wike in a video that has gone viral that he embezzled N4 billion meant to construct a road awarded to him within his community.

He added: “It is sad that instead of addressing the issue that Wike raised which he said is well documented sadly instead Abe accused Wike of awarding to himself over 25 School projects without paying the Contractors.

“According to Abe, who ate more money that Wike after awarding over 25 School projects to himself without paying the Contractors.

“I am not interested in the comparison between Abe and Wike who ate more Rivers State money than each other but addressing why on earth should a road awarded to him couldn’t be completed or the money returned back to the State coffers.”

Eze told Tinubu to be wary of Abe, noting that a man who could divert N4 billion meant for the construction of road in his own community, is not a character to be trusted with matters of public and even private interests.

The party chief called on Nigerians to continue to support the Buhari Administration and especially Amaechi in his quest to offer quality service and deliver democratic dividends to the people, assuring that the Minister maintains an unshaken posture and will not give in to the antics of detractors and the petty ill-will of smear campaigners.