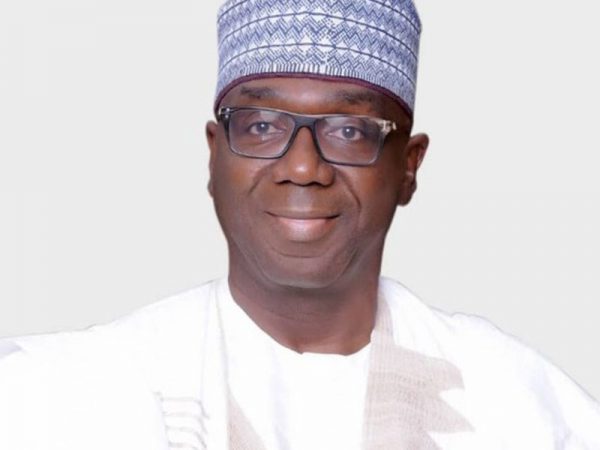 Kwara State Governor AbdulRahman AbdulRazaq on Friday flagged off the distribution of computers and other office tools to various Ministries, Departments and Agencies in the state to equip the civil service with modern tools and make the workers more efficient.
AbdulRazaq said the administration purchased the computers (desktop and laptop), monitors, printers, UPS, and photocopiers following his discoveries that most of the offices either did not have them or the ones they had were not working.
“We are here to unveil these innovation tools to make work easier for you. Going through Ministries, I saw that these equipment were lacking. I saw archaic equipment in offices, mostly not working, with civil servants going to business centres to type and print letters. This will be a thing of the past,” AbdulRazaq said at a brief event to distribute the equipment in Ilorin, the state capital.
“I am not saying that these equipment will solve all your problems today but just like a journey of a thousand miles, which starts with a step, I believe this is a first step and we will continue to build on this.”
He said the civil service is a good system with good people which only requires adequate tools to deliver on its mandate, adding that: “I hope this will help you in your productivity.”
The Governor later witnessed the distribution of the tools which included 100 HP branded desktop computers; 100 HP Monitors (18.5’); 100 HP printers; 100 UPS; 50 Sharp photocopiers (AR602); and 20 HP laptop computers.
Kwara State Head of Service Susan Modupe Oluwole commended the Governor for rewriting the story of the civil service, saying: “I don’t know for long we have been working without tools. If we get paid and there are no tools to work with, it makes no difference. So this is a new era and we are excited that we are now getting tools to work with.”
Permanent Secretary Ministry of Works, Transport and Housing, Dr. Garba Manjo, hailed AbdulRazaq for stabilising the civil service, saying the Governor’s decision to not hurriedly scatter workers around after he was sworn in testifies to his maturity and respect for institutions.
“Your Excellency we thank you for the good work you have been doing for the service for past seven months. We thank you for the completion of the state secretariat. We thank you for the prompt payment of salaries. We thank you for the timely release of operational grants to MDAs,” Manjo said.
“We thank you for the stability you have brought into the service. In the past, we were used to changing all officers across all levels with the change in government but you chose to stabilise the service and this surprised everybody. We also thank you for ending the era of no cash backing.
“We thank you for the distribution of these computer sets which will enhance our operational efficiency. You have restored the state to the era of ‘administocracy’ which we witnessed last in the 1970s and 1980s.”
The brief event was attended by top government functionaries and senior civil servants, especially representatives of the various MDAs who received the tools on behalf of their offices.