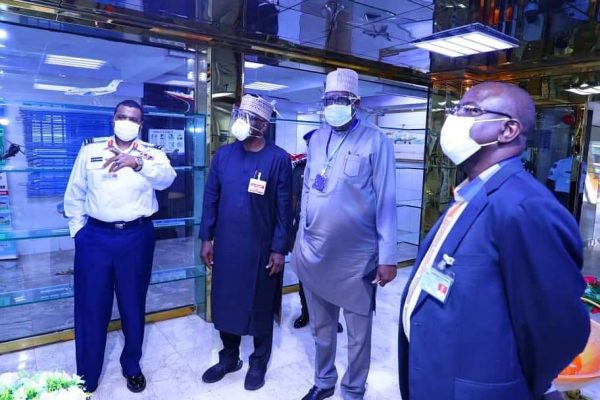 Kwara State Governor AbdulRahman AbdulRazaq has visited the headquarters of the Nigerian Air Force to explore fresh collaboration between the military institution and the International Aviation College, Ilorin.

The Governor, who was received by the Chief of Air Staff, Air Marshal Abubakar Sadique, began with apologising to the Air Force authorities over how its previous relationship with the Aviation College went sour.

Until recently, the Nigerian Air Force was training some of its officers at the Aviation College, Ilorin.

However, the agreement was terminated a few years ago following alleged mishandling of funds meant for training on the part of the state.

The Air Force switched the training of its officers to South Africa following the soured relationship with the IAC.

“His Excellency was at the headquarters of the Nigerian Air Force on Tuesday for preliminary re-engagement meeting,” according to a statement by Chief Press Secretary to the Governor Rafiu Ajakaye, on Wednesday.

Ajakaye added: “The Governor expressed his full commitment to a new beginning and sought a new partnership built on mutual trust.

“There was a sufficient show of goodwill on both sides. The two sides are to put together a team to discuss a new partnership on training of fixed wing and rotor pilots in Kwara State, among other things.”

The deal may also see the Nigerian Air Force deploying its engineers to Ilorin as part of the partnership.