Abacha did not loot Nigeria – Bamaiyi 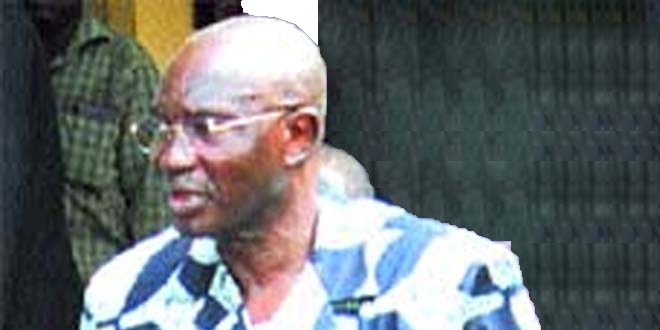 A former Chief of Army Staff, retired General Ishaya Bamaiyi, has said former Head of State, late General Sanni Abacha, did not loot the country as he been accused of.
According to Bamaiyi, what Nigerians refer to as “Abacha loot” is a media creation.
He said the current President, Muhammadu Buhari, was an insider in the Abacha government, adding that it accounts for the reason foreign countries do not want to listen to him concerning the country’s money lodged in foreign bank accounts.
While speaking at the public presentation of his book: “Vindication of a General,” Bamaiyi said Abacha ruled the country during his regime to the best of his ability.
He said: “If you remember, we had problem in Sierra‎-Leone and Liberia under Abacha government and it was money realised under Abacha regime that we used to buy weapons and ammunition to help them fight.
“I am happy the former Minister of Finance said the money was not looted, but things happen and when things happen like that and you are not here to defend yourself, rumours will just be flying.
“I am not holding brief for Abacha, but I would not be in a position to know if money was looted.
“What I know is that things do happen and I know that Abacha did very well for the country.
“If we see him from the bad aspect, we should also look at his good aspect and remember him for the good things he did for the country.
“That is why I said Abacha loot is a media creation.”
The Chairman of the occasion and former Head of state, General Yakubu Gowon, commended Bamaiyi for the spirit and candour with which he rendered account of his experience in the book.
Gowon said the role he played and the position he assumed in the coup that brought him to power was not planned, but foisted on him by circumstance of politics of the time.
He said: “On reflection, the circumstances that brought about military coup in Nigeria and thus brought the military into politics is responsible to the cycle of coup and counter coup that followed then till the late 1990s.
“This has led me to the inexorable conclusion that the musical chair of coup and counter coup that followed after me could only be explained to be for other consideration rather than for the defence of Nigeria’s unity for which so much blood was shed and life sacrificed.”