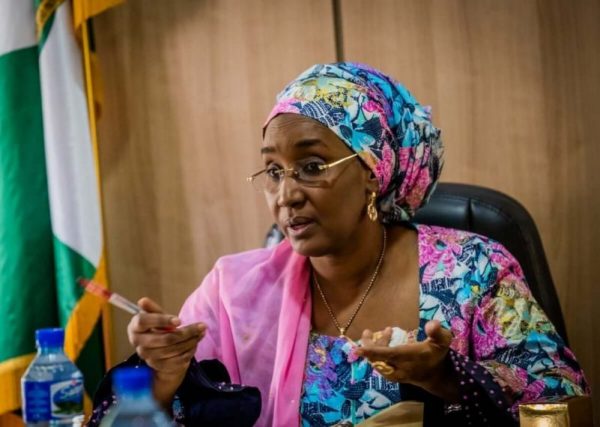 Farouq made the disclosure during the launching of NHGSFP enumeration exercise on Monday in Kaduna.

The Minister, who was represented at the event by Alhaji Dabo Tijjani, said the exercise was aimed at verifying and updating the number of beneficiaries in the state, with headcount to be conducted alongside relevant MDAs in Kaduna.

While stating that the programme was designed to reduce poverty in all its forms, she added that arrangement had been concluded to reach additional five million pupils by 2023.

Farouq said: “With more than 100,000 cooks employed and over 100,000 small-holder farmers participating in this value chain, NHGSFP is a serious potential for socio-economic development and needs to be strengthened, scaled up and sustained nationwide.

The minister explained that NHGSFP was designed as a multi-faceted intervention to drive school enrollment, enhance pupils’ nutrition, support local production of food and encourage employment and income generation.

“Specifically, it is aimed at providing one nutritious meal to all pupils in public primary schools in classes I to III,” she said.

According to her, the present administration fully recognises the country’s social challenges, hence the proactive and decisive measures by President Muhammadu Buhari to address the challenges of poverty and its attendant consequences.

“The programme is designed to improve the enrolment rate by mopping out-of-school children from the streets. It provides jobs for cooks and sustainable income for farmers who key into the scheme,” the minister said.

She also noted that the scheme was aimed at specifically targeting vulnerable Nigerians, including youths, elderly persons, widows, poorest of the poor, children and micro- business persons.

According to her, NSIP is strategically designed to fully involve all stakeholders, especially state governments.

This, she said, was to verify the existing number of beneficiaries and update the records for better effectiveness, transparency and accountability.

In her remarks, Focal Person of SIP in Kaduna State, Saude Atoyebi, said the school feeding programme had not only helped to increase enrolment rates of pupils in states, it had also effectively tackled malnutrition and stunting of pupils.

Atoyebi recalled that Kaduna was the first state in the country to embrace school feeding programme upon its introduction in the 2016-2017 academic session.

“Currently, 725,280 pupils, spread across the public schools in Kaduna State, are benefiting from the programme, while 7,261 women have also been recruited as cooks,” she said.

Atoyebi noted also that since the commencement of the programme, the state had been providing all the needed support to ensure its successful implementation.