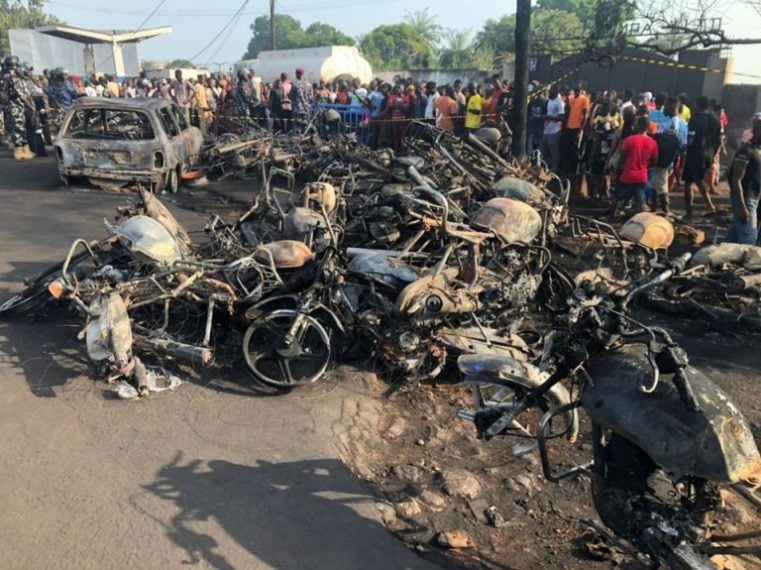 At least 99 people were killed and more than 100 injured in the capital of Sierra Leone late on Friday when a fuel tanker exploded following a collision, local authorities said.

The accident occurred in a busy street in the capital Freetown.

According to eyewitnesses: “Many people rushed to the tanker to siphon off petrol after the collision with containers, shortly afterwards, the truck exploded.”

Some surrounding shops and cars caught fire, they said.

Staff at a hospital near the accident site confirmed to dpa on Saturday that rescue workers had brought in 80 bodies during the night.

Due to the “tragic accident,” Bio had cancelled a planned trip to a meeting of the West African Economic Community ECOWAS in Ghana.