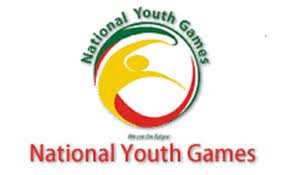 Niger State will be represented by an 80-man contingent at the 6th National Youth Games starting in Ilorin, Kwara State from October 15.

Baba Sheshi, Director of Sports, Ministry of Youth and Sports, revealed this to the News Agency of Nigeria in Minna.

Sheshi, who spoke on Wednesday, said the contingent comprised 52 athletes and 28 officials.

He said the state would participate in 16 events, which include athletics, badminton, basketball, golf, handball, judo, karate and scrabble.

He expressed optimism that the athletes would do the state proud by winning medals because of their level of preparation.

The Director said the athletes and officials were fully vaccinated against COVID-19.

Also speaking with NAN, Mukhtar Ahmed, Coordinator, Special Sports, in the ministry, said since the inception of the games in 2013, Niger State athletes had been winning medals.

Ahmed said: “This time will not be an exception by God’s grace.

“We shall return with medals as usual because we prepared for it.”

Yusuf AbdulHakeem, a 13-year-old boxer in the light-flyweight category, who also spoke with NAN, expressed optimism to win medals for the state.