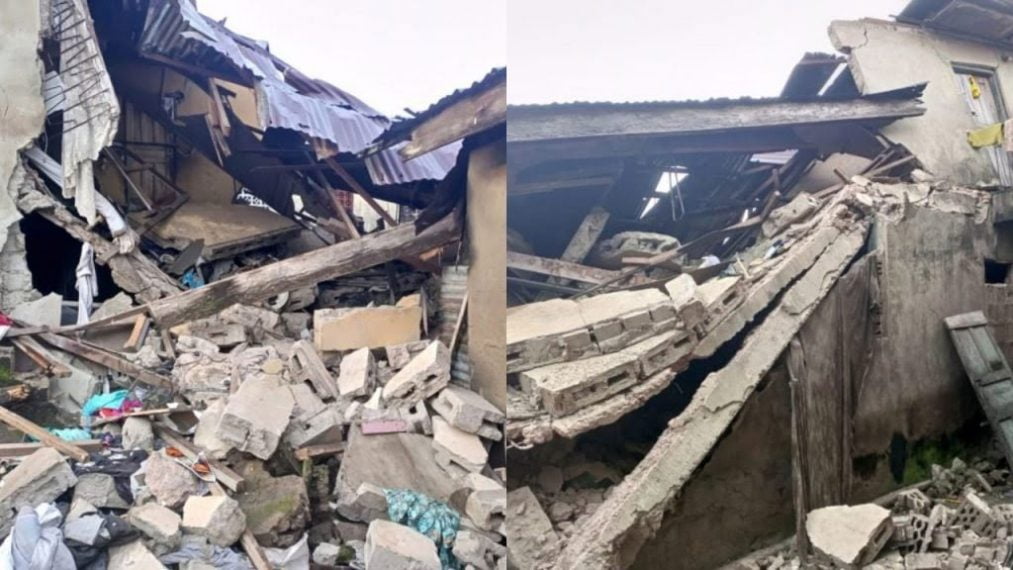 The Ondo State Command of the Nigeria Security Civil and Defence Corps has confirmed the death of one person, a 73-year-old grandmother, in a collapsed building on Tuesday in Fanibi area of Akure.

Hammed Abodunrin, the Commandant of the Corps in the state, on Tuesday confirmed the collapse of the building.

He said some occupants of the storey building who were trapped, including seven grandchildren of the deceased, had been rescued.

Abodunrin told the News Agency of Nigeria that the incident occurred at about 3am while the occupants were asleep.

He said the remains of the deceased, a woman, had been retrieved and deposited at the hospital morgue.

He said: “The corps has taken it upon itself to sensitise members of public on the ways to protect themselves from such harm.

“A building would not just collapse, there must have been some tangible signs before it collapses.

“We want members of public to be aware of the dangers to their lives and the basic things they should watch out for, not only banditry or kidnapping.

“There are many other issues that can take our lives.

“So, we should be more vigilant.

“Those who are constructing should know the kinds of structures to be built on some lands.”