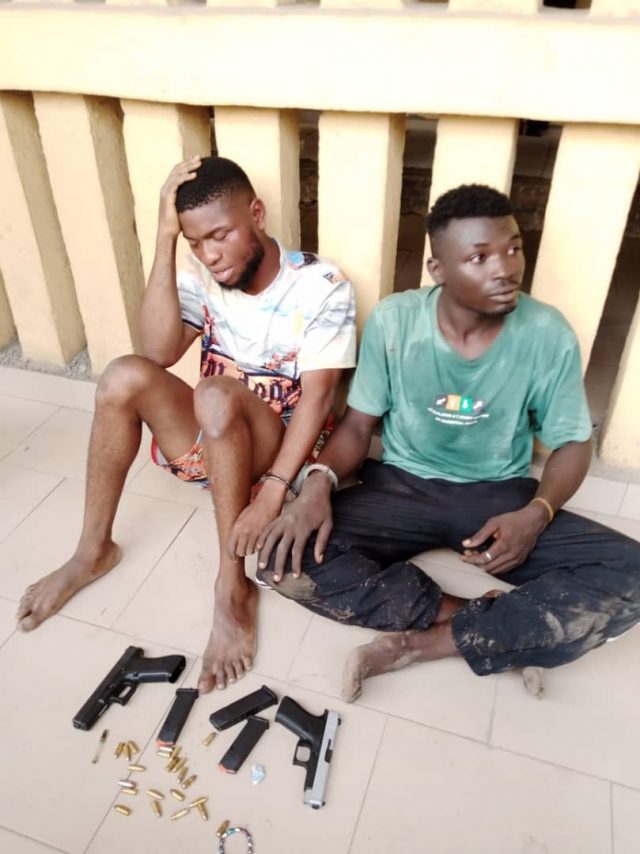 Investigation revealed that the deceased had an altercation with the suspect’s brother, one Ifaenyi Emmanuel, his neighbour, before the suspect stabbed the deceased to death with a bottle in their House.

Nwanne, 43, who got married last year, is survived by his pregnant wife.

In addition, the Lagos State Police Command has arrested two suspected armed robbers on February 22, 2021 at about 5:30pm around Alakara area of Lagos State.

The Divisional Police Officer of Alakara and his men on patrol intercepted two men on Okada. 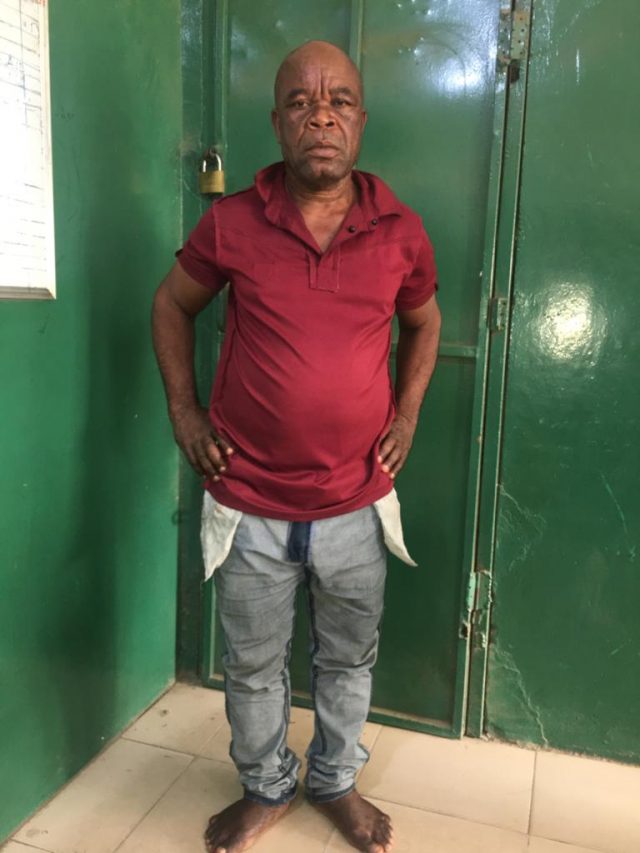 During a search, two brand new Beretta pistols with three magazines and 22 live ammunition were recovered from them.

The male suspects: Old Mojeed Satan, 28, and Kudaisi Ajetumobi, 26, could not give satisfactory explanation on their means of livelihood.

The Commissioner of Police, Lagos State, Hakeem Odumosu, has ordered that the suspects and exhibits be transferred to State CID for proper investigation.

While assuring the good people of Lagos State of adequate security of lives and property, Odumosu reiterated the command’s zeal to go after the hoodlums and criminals who disturb the security system of the state.

Police give ultimatum to Lagosians with exhibit, accident cars in stations to claim them

Northern Elders Forum: Nigerians have lost faith in FG, states should secure themselves

Dele Alli breaks up with his model girlfriend