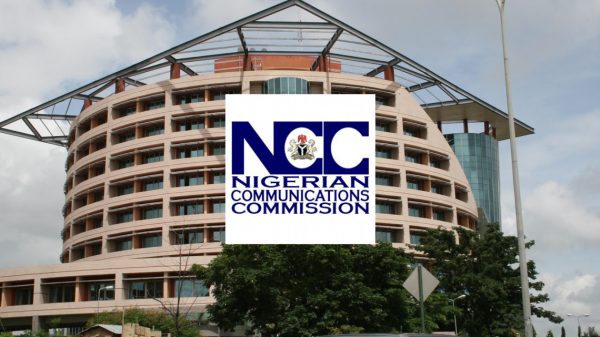 The Nigerian Communications Commission says the coverage of Fourth Generation  technology in the country is still low.
The Executive Vice Chairman, NCC, Prof. Umar Danbatta, made this known in Lagos on Friday during the 2018 4th Quarter Forum of the Nigeria Information Technology Reporters’ Association.
The theme of the forum is: “Achieving Last-Mile Connectivity Through Affordable Broadband”.
Represented by Dr Henry Nkemadu, Deputy Director/Head, Special Intervention Projects, NCC, Danbatta said that there had been a tremendous growth and increasing ubiquity of the mobile networks in Nigeria.
He, however, said that there was still a proportion of the population that were under-served or unserved with universal access to mobile and the internet.
He said: “Generally, the most pervasive networks are on 2G coverage and reaches about 90 per cent of the population, while the 3G or 4G coverage still low and a section with little or no coverage.”
He said that the telecommunications regulatory body had facilitated universal access to Information and Communication Technology services by providing enabling regulatory interventions to stimulate competition among the industry players.
According to him, there is an appreciable number of submarine cables landing in Nigeria, delivering a capacity of about 9 Terabits capacity to the country.
He said: “This is mainly limited to landing points in the Lagos areas and some coastal states like Ondo, Delta, Rivers and Bayelsa.
“The commission has been making efforts to enable the companies extend this massive capacity inland through various regulatory instruments and interventions to drive down costs and for security reasons.
“In the meantime, many of the Mobile Network Operators have islands of cables interconnected in areas of high traffic like Lagos, with multiple fibre cable coverage, leaving other regions with lack of coverage.
“This poor network planning, therefore, contributes to poor last mile connectivity in Nigeria.”
Danbatta said that the core of robust and reliable telecommunications service was broadband infrastructure, which would provide the needed impetus to achieve last mile connectivity.
He said that NCC’s commitment to achieve the three ‘A’s of Availability, Accessibility and Affordability was hinged on broadband deployment across the country.
He said: “Facilitation of Broadband penetration is the number one item and flagship of our 8-Point Agenda.
“The potential in broadband penetration is enormous, which explains why the entire global community is investing huge resources to exploit and assimilate broadband that is expected to guide global economic index of development in the future.”
He said that a major milestone was achieved recently with the licensing of four Infracos (Infrastructure Service Providers) to provide broadband infrastructure.
Danbatta said that these companies were licenced for broadband infrastructure provisioning in the different regions.
According to him, Zinox Technology Ltd is for South-East Zone; Brinks Integrated Solutions Ltd for North-East Zone; O’odua Infraco Resource Ltd. for the South-West; and Raeanna Technologies Ltd. for the South-South.
He added: “The Commission had earlier licenced two InfraCos for Lagos in the South-West and North-Central regions which are Infrastructure Company Ltd. (a subsidiary of MainOne Cable Company Ltd.) and IHS Ltd. respectively.
“However, efforts are underway to licence an Infraco for the North-Central, following the withdrawal of the licenced Infraco.
“The Licencees are to provide fibre optic infrastructure on an Open Access basis for any telecommunications company to link its network and expand to deploy its services.”