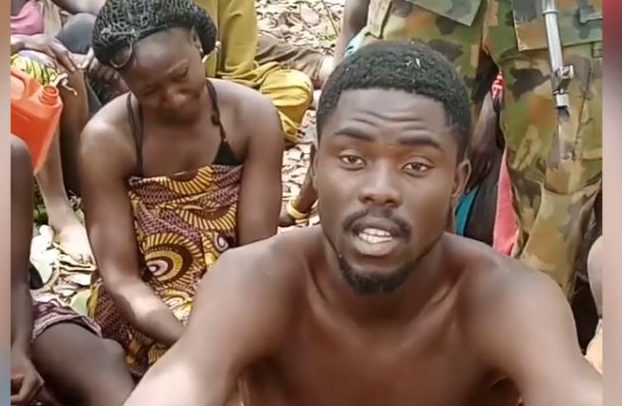 The bandits had shortly after the abduction of the students on March, 11, 2021 released a video of the victims and demanded N500 million as ransom for their release.

Out of the 39 students, ten had so far been released, remaining 29 of them.

But as result of the policy of the governor Nasir El-Rufai administration against payment of ransom or negotiation with bandits, had made the bandits to now negotiate with the parents directly.

In the latest video, a pregnant student simply identified as “Hajiya” pleaded with her parents for rescue, adding that for days, they have been without food.

She added that they have been with the bandits for the past 47 days.

Also, another woman abducted by the bandits said to be a wife of a Naval Officer, featured in the video.

The woman said to have been abducted from Trikaniya in the Chikun Local Government Area of the state, said her husband is a military officer based in Warri, Delta State

She too pleaded with the Federal Government to come for their rescue, saying that the bandits had earlier agreed on N30 million as ransom for their release.