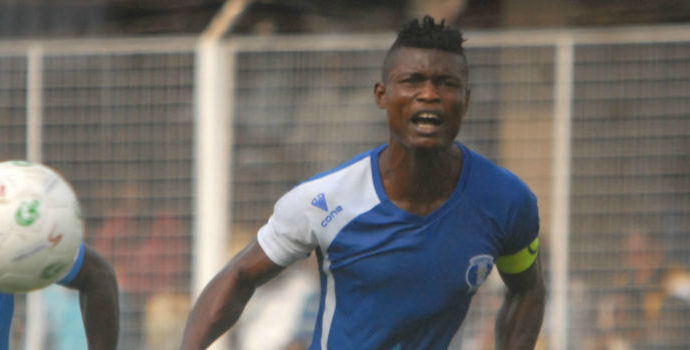 Shooting Stars’ defender, Izu Joseph, is dead, The Eagle Online can report.
A competent source close to the Oluyole Warriors disclosed that the player was hit by stray bullet during the Joint Task Force raid of his village, Okaki in Rivers State.
The Oyo State chapter of the Sports Writers Association of Nigeria in a press release confirmed the incident, just as the body commiserated with the club’s management over the death of their reliable player.
The statement reads: “Izu Joseph who was full of life and contributed immensely to the escape of the Oluyole Warriors from relegation in the just concluded Nigerian league, is indeed a great loss not only to 3SC but also to football fraternity in Nigeria.
“While we are still in shock and mourning mood over the avoidable death of the agile and dependable defender, we recalled with nostalgia the last gasp winner he scored that gave 3SC victory over Nasarawa United in Week 26 of the just concluded Nigerian Professional Football League.
“The Oyo SWAN appeals to Governments at all levels to beef up security in all the nooks and crannies of Nigeria to prevent the recurrence of the avoidable incident that claimed the life of our valuable footballer, Izu Joseph.
“We pray for the repose of soul of late Izu Joseph and also pray that God gives his family and the 3SC the fortitude to bear the irreparable loss.”