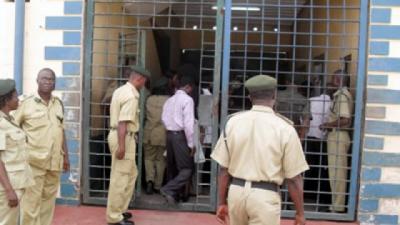 A Magistrates’ Court in Kafanchan. Kaduna State on Tuesday ordered that a 37-year-old student, Ayuba Musa, who allegedly defiled two minors, be remanded in a correctional facility, pending legal advice.
The police charged Musa with defilement contrary to Section 257 of the Kaduna State Penal Code law, 2017.
Magistrate Abdulazeez Ibrahim, who did not take the plea of Musa due to lack of jurisdiction, ordered that be remanded in Kafanchan Correctional Centre.
Ibrahim ordered the police to return the case file to the Kaduna State Director of Public Prosecutions for legal advice.
Ibrahim adjourned the case until March 2 for the DPP advice.
Earlier, the state counsel, Mathias Joseph, alleged that Musa lured the two girls of 11 years and 13 years into his room at Garaje and defiled them.
Joseph told the court that the girls were taken to Salama Sexual Assault Referral Centre, Kafanchan, Kaduna.
Counsel to Musa, David Adudu of the Legal Aid Council of Nigeria, applied for his client’s bail under Section 36 of the 1999 Constitution, but the prosecution objected to it.
Adudu argued that his client would provide reasonable sureties and will not commit another offence if granted bail.