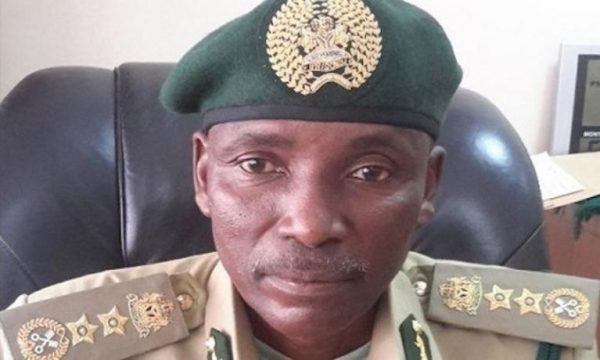 The Nigeria Correctional Service says about 2,745 inmates, who have been condemned to death, are awaiting execution in its facilities across the country.
.The Comptroller-General of NCoS, Ja’afaru Ahmed, disclosed this at a media parley and facility tour to Dukpa farm centre, Gwagwalada on Wednesday in Abuja.
Ahmed, who was represented by the service spokesperson, Francis Enobore, said the reluctance of some state governors to sign the death penalty sentence of the condemned inmates was one of the factors contributing to congestion in the Correctional facilities.
He said the Administration of Criminal Justice Act was to hasten the trial of suspects so that Correctional facilities could be decongested.
“Some State Governors are not willing to sign death sentences of condemned inmates, neither are they ready to commute their death sentence to life imprisonment,” he said.
Ahmed said not more than 24 states had domesticated the Act, adding that the Act would help decongest the facilities.
“This is important; some of its provisions empower Correctional centres to reject inmates so that facilities are not overcrowded,” he said.
He urged state governors to do the needful by helping the centres and freeing it of inmates awaiting execution, in order to decongest the facilities.
The Comptroller-General also revealed that 22 former members of the Boko Haram group, who had been de-radicalised by the correctional service, had sat for the Senior School Certificate Examination.
He described the de-radicalisation process by the service as part of its rehabilitation measures.

Police confirm Ekiti farmer’s kidnapping, vow to get him freed