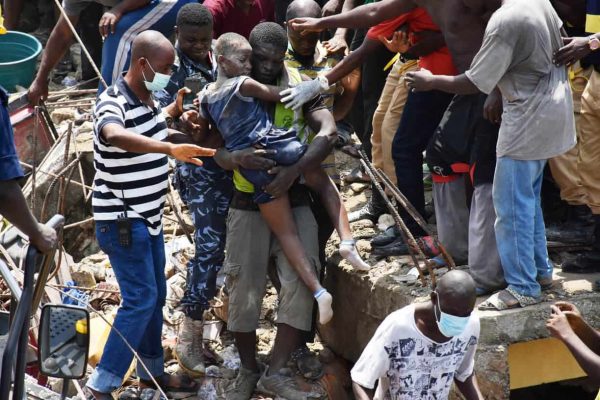 No fewer than 32 persons are believed to have died in the early morning building collapse at 36, Massey Street, Ita Faji, Lagos Island, Lagos State on Wednesday.
Those said to have died included 27 pupils of a private school, Ohen Nursery and Primary School; the owner of the school and member of Pashi Willoughby Community Development Association in the area, Kazeem Lawal; and four others.
Those lucky to have escaped included 33 pupils of the school, a pregnant woman and three other adults.
The dead and the injured have been taken to the General Hospital on Lagos Island.
President Muhammadu Buhari has since commiserated with the Government and people of Lagos State over the incident, while the Lagos State Governor, Akinwunmi Ambode, visited the scene. 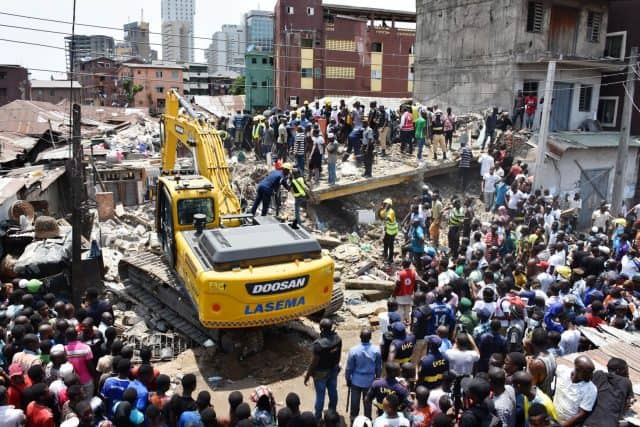 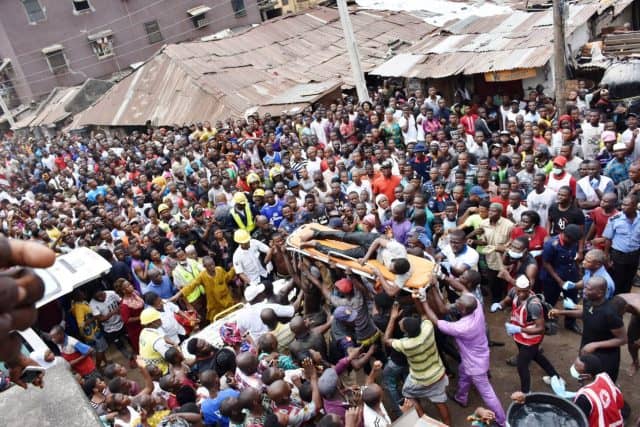 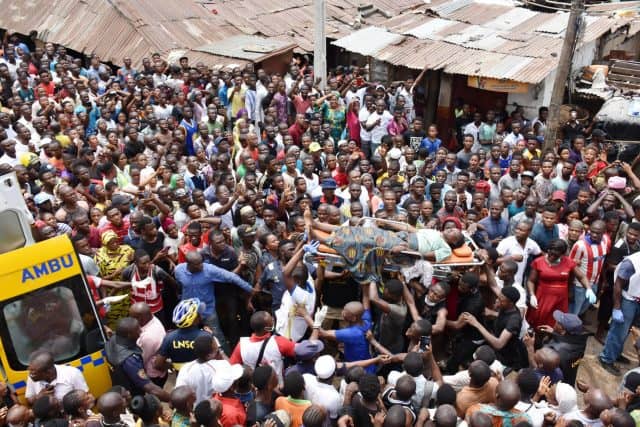 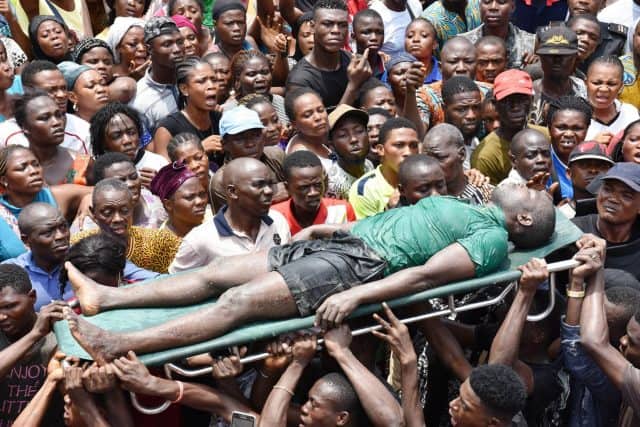