25 out of 70 doctors we employed in January have travelled abroad — FMC, Abuja 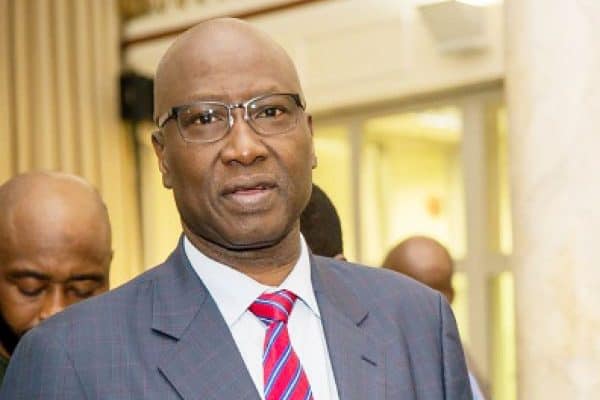 The Federal Medical Centre, Abuja has decried the rate at which Resident Doctors were leaving the service, stressing that it had adverse effect on the generality of healthcare delivery in the country.

The Chairman, Board of Management of the hospital, Dr. Alex Ideh, made the disclosure on Friday in Abuja.

He spoke when he led a delegation on a courtesy visit to the Secretary to the Government of the Federation, Boss Mustapha.

Ideh said the situation among other challenges faced by the hospital made them to seek government’s intervention through the SGF’s office.

He listed other major equipment needed by the centre to include Magnetic Resonance Imaging, fire truck, solid waste truck and liquid waste truck.

He said: “Today, we have completed building to house the Magnetic Resonance Imaging machine.

“That equipment is a very expensive equipment, but its benefits to the generality of Nigerians cannot be overemphasised.

“We have completed everything about its building, but we do not have the machine.

“We, therefore, thought it wise to bring this to your attention.

“It is not an easy thing even if you want to put it in the budget because of the constraint of the budget envelope that is usually given from the ministry to all the parastatals under them, it is difficult for it to be accommodated in our budget.

“We thought we should tell you about this to get some special intervention fund so that we can have the machine at the medical centre.”

On Doctors’ brain drain, Ideh sought the urgent need for the government to address the issue as the country was losing doctors to other nations of the world.

He said: “We also want to use this opportunity to talk about issue that has been affecting the generality of healthcare delivery in the country and this is the issue of brain drain.

“This is a very serious matter.

“In our last employment exercise, we employed about 70 Residents Doctors in January.

“Twenty-five of them have left the service and they all gone to Canada, Saudi Arabia and others.

“The same percentage applied to nurses and lab technicians, pharmacists.

“So this is a big challenge and we felt that we should come and table before you to liaise with relevant authorities so that the can be a way for the replacement of the doctors.”

Responding, Mustapha commended the team and the Chief Medical Director of the centre, Prof. Saad Ahmed, for their concern in medical service delivery and their efforts in different medical exercises they have conducted at the centre.

He said: “I was just looking at some of the clips you sent to me sometimes ago.

“It is loaded to the fact that FMC, Abuja is doing well in major surgery, which is quite commendable.

“It means that so much is going on at the medical centre.”

Citing the COVID-19 pandemic as an example, the SGF said equipping hospitals in the country should be of major concern to the government to protect the country against future medical challenges.

“I have said it and I will continue to say it that the COVID-19 pandemic came with challenges but it also provided opportunities for us to re-engineer the entire medical services and infrastructure in this country,” he said.

Mustapha, however, assured the medical team to deliver its request to the appropriate authorities for considerable action.