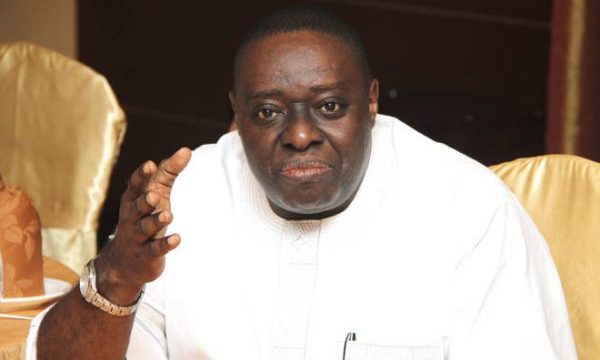 The National Leader of the All Progressives Congress, Asiwaju Bola Ahmed Tinubu, has described the death of the Chairman of PUNCH Newspapers, Wale Aboderin, as a huge loss to the media.
Tinubu, also the Publisher of The Nation, said this in a condolence message he personally signed on the demise of Aboderin on Thursday.
He said; I was deeply saddened to learn of the death of Chairman of Punch Newspapers, Mr. Wale Aboderin.
“We lost Wale at a rather young age when we still needed him to continue to be with us.
“At 60, he still had a lot to offer us but within those three scores though, he made appreciable impact and touched and changed lives.
“As Chairman of Punch, taking over from his uncle, the actuary, Chief Ajibola Ogunshola, Wale continued to maintain and sustain the excellent journalism Punch is noted for, ensuring that the newspaper remains where it should be.
“Though he trained as a pilot, he was also a sports enthusiast. He particularly loved basketball to the point that he floated Dolphins Female Basketball Foundation. He was at one time the Chairman of our Basketball Association in Lagos.
“His death is a huge loss to the Aboderin family, both immediate and extended. The media and sports worlds, which he traversed and impacted positively, have also lost an outstanding partner.
“My deep sympathy and condolences to his wife and two children. I mourn with the Aboderin family, the Punch Newspaper, the Newspaper Proprietors’ Association of Nigeria and the media generally. I hope and pray that God grants his family, the strength to carry on and continue with those legacies he lived for.
“May God also grant him eternal rest.”