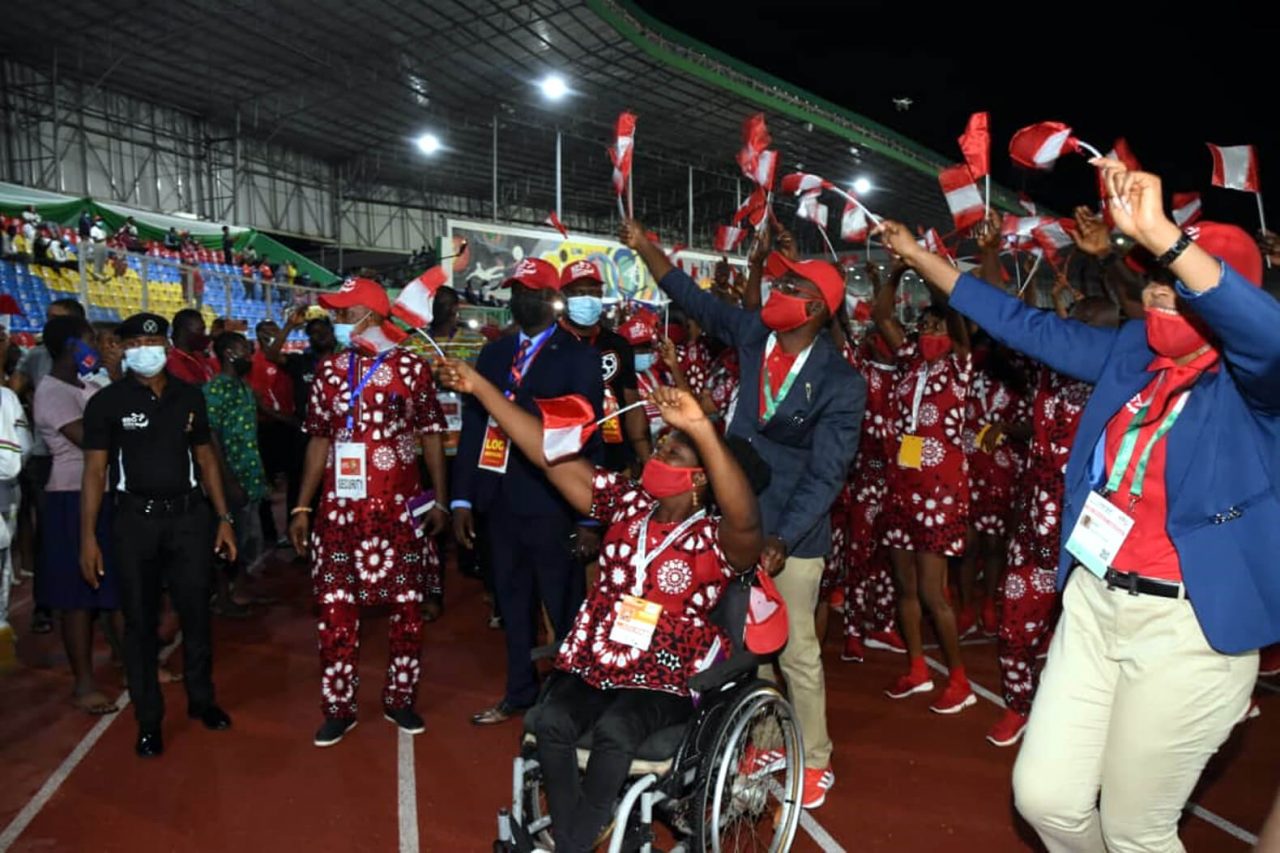 The opening ceremony of the 20th National Sports Festival on Tuesday evening in Benin was a spectacle to behold, the News Agency of Nigeria reports.

It was a display of the rich culture and traditions of Edo State, adorned with the colour and glamour the state has always been known for.

The ceremony, which took place at the remodelled Samuel Ogbemudia Stadium, was witnessed by several personalities.

These included Governor Ifeanyi Okowa of Delta State; Minister of Youth and Sports Development, Sunday Dare; as well as the Minister of Health, Dr. Osagie Ehanire.

They were entertained by cultural troupes from Benin and musical stars such as Timi Dakolo and Fireboy.

NAN reports that a display of fireworks, which lasted for close to five minutes, heralded the official opening of the festival, whose activities had actually commenced since Sunday.

Earlier on Tuesday, the state’s Deputy Governor, Philip Shaibu, had welcomed athletes and their officials to “the home of culture and the traditional ground for sports in the country”.

Shaibu, who is the Local Organising Committee chairman for the festival, had said the festival was an indication that sports was back home.

He said: “Edo is home of culture.

“There are only two kingdoms in the world, United Kingdom and Benin Kingdom.

“Please enjoy the hospitality of the people and have a joyous stay in Edo.”

President Muhammadu Buhari was represented at the ceremony by the Minister of Youth and Sports Development, Sunday Dare.

While speaking, Dare said sports has become business with the benefits of job-creation and Nigerian youths needed to take full advantage of this.

The festival’s oath by athletes and participating officials was taken by Henry Aghomoh of the Karate Federation of Nigeria and Mohammed Bashir of Cycling Federation respectively.

The 20th NSF, which had suffered several postponements due to the COVID-19 pandemic, will be officially closed on April 14.