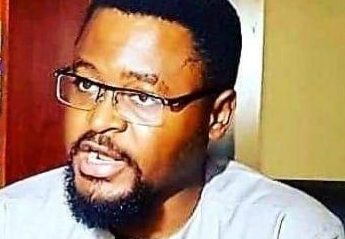 A columnist, Fredrick Nwabufo, has called for disciplined conversations on the 2023 elections.

The media entrepreneur and critic made the observation in an interview on News Central Africa on Monday.

The journalist asked Nigerians to interrogate those who have come forward to run for elective office on real issues, instead of stirring discussions around primordial interests.

He said Nigerians are bound to repeat the same mistake of electing defective leaders if they do not begin now to scrutinise the candidates based on their antecedents and qualities.

Nwabufo said: The Muslim-Muslim ticket is a non-issue.

“It doesn’t matter to me.

“It shouldn’t elicit these reactions.

“I would rather assess the candidates on their antecedents and competence.

“Antecedents say a lot about a candidate.

“If a candidate had shown himself to be a bigot in the past, what is different about him now?

“We should be asking which of the candidates was able to manage diversity well when they were in office?

“What should guide our conversations now is competence.

“Who can fix our economy, provide infrastructure, and address insecurity?

“And not whether anyone is a Muslim or Christian.

“The conversations have been underwhelming.

“It is either ethnicity, religion or Fulani herdsmen.”

Nwabufo also said it was sad that those running for presidential office were yet to publish their manifestos so that Nigerians can better assess them.

“Just a few months to the elections we are yet to see the manifestos. We need to get serious,” he added.