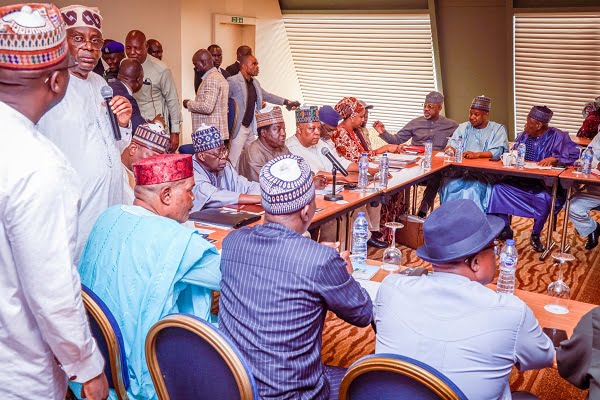 The ruling All Progressives Congress (APC) Presidential Candidate, Asiwaju Bola Tinubu has promised an upward review of revenues accruable to state governments, if  elected as next President.

Tinubu made the promise in his campaign action plan tagged: ‘’Renewed Hope’’ made public in Abuja Friday.

He listed this as one of the steps to bridge the development gap between the Federal Government and the 36 state governments and the Federal Capital Territory (FCT).

According to the document, Tinubu also explained that the initiative would bring faster development to the grassroots areas across the country.

‘’The allocation of revenue between the federal and state governments will be adjusted to give greater flexibility to foster grassroots economic developments, ‘’ he said.

The current sharing arrangement, accrues to the Federal Government 52.68 per cent of the revenue shared, states get 26.72 per cent, while local governments get 20.60 per cent.

Under his economic blueprint, Tinubu proposed fiscal activeness, which includes anti-corruption, prudence, open governance and mutual trust between government and the governed.

He promised to reduce drastically the overdependence on crude oil earnings and over-exportation of other raw materials capable of growing local industries.

‘’We will improve on existing industries and sectors. We will be brave and innovate enough to see how new economic visitors powered by today’s technology can create jobs and provide goods and services that will propel us towards greater prosperity and development.

‘’We will build an economy that produces more of the everyday items, both agricultural and manufactured goods, that define an individual’s and a nation’s standard of living,’’ he said.