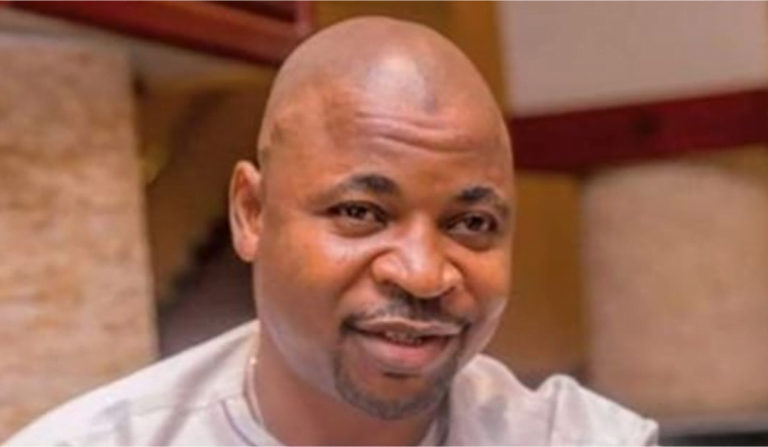 Some traders in Lagos State have alleged that they have been ordered to pay a fine of five thousand Naira for failing to attend the campaign rally in solidarity for the Presidential candidate of the ruling All Progressive Congress (APC), Asiwaju Bola Tinubu.

The rally is considered as a reply to a series of rallies earlier held in support of the Labour Party LP presidential candidate, Peter Obi, in Lekki, FESTAC, Ikeja and Surulere.

However, it appears that some of the people that went for the rally were mandated to participate.

This was revealed in a recent video obtained by The Eagle Online.

In the video, the activities in the market was calmer than usual as some of the traders were looking and lamenting about the fine.

The caption on the video noted that the chairman of the market was closing the shops that belongs to those who were absent at the recent rally.

The caption reads: “A man on long sleeves and jean trouser who’s allegedly the chairman of the market was seen going around a market to close shops and kiosks belonging to those who didn’t attend Bola Tinubu’s political rally on Sunday.”

Meanwhile, the Director General of the Labour Party Presidential Campaign Council, Doyin Okupe, mocked the APC over the rally.

Okupe, in an interview with Channels Television on Sunday, described the “five million-man” solidarity rally for Tinubu in Lagos as a “catch up” not well done.

While criticisms have continued to trail the rally which grounded activities in the state, Okupe said the counter rally did not match the zeal of Nigerian youth fronting “the Obidient movement” across the country.

“One of the greatest things that has happened in this dispensation is that a four-month-old party is now so much in leadership that parties that have existed for 20 years and more are playing a catch-up game and it is not being done very well.

“I want to congratulate the APC for the efforts made today.

“What you saw was not a Lagos rally.

“We are a very sophisticated group, a group driven by and powered by youths.”