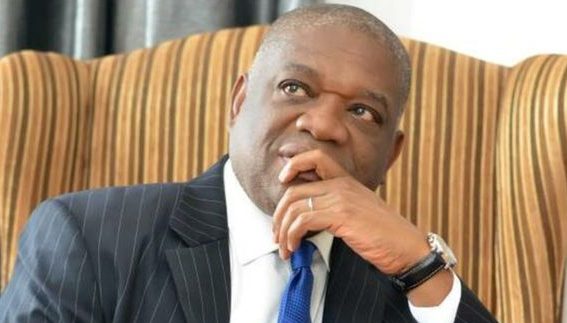 Ahead of the 2023 presidential election, a chieftain of the All Progressives Congress (APC), Alhaji Ibrahim Isah, has said that the North won’t support a regional presidential candidate from Southern Nigeria in 2023.

According to Isah, the position of the North is to support a Southern candidate with the interest of the nation at heart, noting that only the Chief Whip of the Senate, Senator Orji Uzor Kalu met the criteria of Northern Nigeria on who to succeed President Muhammadu Buhari.

He noted that only a ticket of the former Abia state Governor and Governor of Yobe State, Mai Buni  or Governor of Borno State , Professor Babagana Zulum will guarantee victory for the ruling party.

According to Isah, if the APC will zone the presidential slot to the south, it will be proper to consider giving the ticket to the Senator representing Abia North Senatorial District, to consolidate on the successes of President Muhammadu Buhari, and choose either Buni or Zulum as his running mate.

The APC chief, who spoke to journalists in Maiduguri  on national issues on Thursday also called on the leadership of the party to avoid any costly mistake in picking its presidential candidate and running mate outside the three names he gave

“I read the statement from Dr. Lamido and his group over the weekend, and that’s the position of the North. We won’t support a regional politician who is a champion in Lagos or Osun to pilot the affairs of the nation. We can only support a detribalised Nigerian who will unite everyone across ethnic and religious lines.

“For the party to succeed, APC should consider Orji Uzor Kalu for President and Mai Buni as his running mate. A lot of people will say, why not Zulum? It is still in order; whether Kalu/Buni or Kalu/Zulum, that ticket will ensure victory for the APC.”

On the proposed February convention of the APC, he said, “I see the APC coming out stronger after the convention. Senator Umaru Al Makura, Sani Bello or Abdullahi Adamu should be seriously considered as the next National Chairman of the party.

“Any of them would do well to help the party retain power in 2023. It is very important to elect a credible national chairman with the charisma to strengthen the party before and after the elections,” Isah said.

Recall that the Director-General, Arewa Summit International, Dr. Bashir Lamido, had advised Asiwaju Bola Tinubu, the National Leader of the All Progressives Congress and other presidential hopefuls from Southern Nigeria to jettison their presidential ambitions by backing Senator Orji Uzor Kalu.

Lamido, a chieftain of the APC made the submission while entertaining questions from journalists in Yola.

Lamido advised the APC aspirants to throw their weight behind  the former Governor of Abia state, Dr. Orji Uzor Kalu to emerge as the President in 2023.

He noted that Northern Nigeria were backing the Senate Chief Whip because of his nationalistic background.

According to him, “the North won’t support a regional candidate like Tinubu, Osinbajo, Umahi or Amaechi. It is about trust and who can truly defend Nigeria.

“In 2023, we won’t support any regional candidate; Kalu has what it takes to lead Nigeria. He knows Nigeria too well having lived in the North for over 35 years. We won’t support someone that would emerge and destabilize Nigeria.

“It is important they step down now and adopt Orji Kalu because the North won’t support them. Politics is a game of interest, and Orji Uzor Kalu is the interest of the North and millions of other Nigerians,” he said.