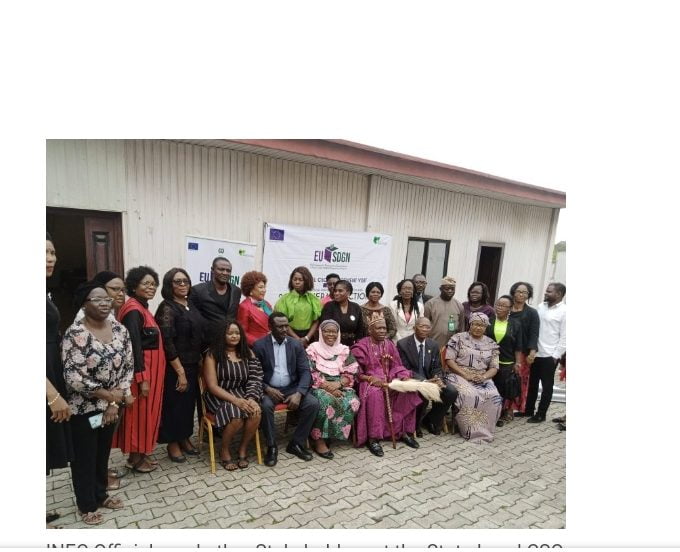 The Independent National Electoral Commission (INEC) said about  21, 352 of 34,242 newly printed Permanent Voter Cards (PVCs) for new registrants are yet to be collected in Lagos State,  four months after release.

The News Agency of Nigeria (NAN) reports that the theme of the engagement is: “Women’s Political Participation and Inclusion and 2023 General Elections.

Speaking, Agbaje, who decried the huge number of old and new PVCs lying fallow at INEC offices in the 20 local government areas, said the staggering amount of the PVCs belonged to women, being important stakeholders in elections.

“Permanent Voter Card (PVC) is the sole instrument required from the Voter to participate in an election, it is an important eligibility instrument for voting without which no citizen would be allowed to partake in an election.

“Meanwhile, the total number of uncollected New PVCs is 21,352 out of 34,242 received PVCs, while the rest  of the new PVCs for the 2021/22 registration exercise is being awaited.

“The implication of this is that the commission is having a staggering number of PVCs that should be collected by the women and other eligible voters to enable them massively participate in the forthcoming 2033 general elections,” Agbaje said.

According to him, it is imperative that women folk, particularly the Nigerian Women Trust Fund under the Gender Election Watch (GEW) and other stakeholders rise up to the challenge to ensure the PVCs are collected without further delay.

Agbaje, who expressed dissatisfaction over low number of women flag-bearers in the forthcoming general elections, said women needed support, encouragement and needed to be bold to fight like men to take leadership and political positions.

The INEC boss urged stakeholders to mobilise women for PVCs’ collection and encourage them to vote in the  2023 general elections, saying that  INEC had taken a number of measures aimed at ensuring the smooth conduct of the general elections.

In her welcome remarks, Mufuliat Fijabi, the Chief of Executive Officer, NWTF, said the main objective of the engagement was to build synergy and cooperation between the group, INEC and other critical stakeholders like CSOs, religious and traditional leaders.

Fijabi said  the engagement was to see how all stakeholders could work together to improve women political participation in the country.

“There is need for more synergy in advocating for more women in leadership and political positions and the commitment to achieving this vision,” Fijabi said

There is need for more synergy in advocating for more women in leadership and political positions and the commitment to achieving this vision,” Fijabi said.

On the overview of  the project, Malliya Manu, the NWTF Programme Manager, said the EU was worried about the low participation of women in decision making processes in Nigeria, saying the project wanted to ensure increase in women representation.

Manu said that critical stakeholders like wives of governors, CSOs, religious and traditional leaders, INEC and others should step up games to bring in more women in politics.

According to her, average women participation in politics is  25 per cent globally, about 22 per cent in Africa and 4.8 per cent in Nigeria.

She said that Nigeria could not have a strong and balanced democracy because of marginalisation of women in politics, saying the just concluded political parties’ primaries had shown a decrease in women as flag-bearers.

Manu highlighted barriers against women to include lack of effective government will to implement international conventions, money politics and system of god-fatherism, exclusion of women in parties’ leadership positions as well as patronage-based political system.

“Nigeria should be able to ensure 25 per cent of women representation in Africa. By 2027, we want to see more women being elected as candidates of political parties,” she said.

Eta-Messi said that not much was achieved during the party primaries by women as many could not clinch tickets to contest the 2023 elections.

“So, already, it is not very promising outlook with regard to women candidates. What we want to achieve now is to ensure and to see that many women turnout to vote.

“Beyond 2023, we also hope that those lapses that were noticed for the 2023 general elections would have been bridged and all barriers would have been addressed and taken care of so that many more women will participate in the  electoral space.”

One of the stakeholders, Hilda Nwanekwu, Executive Director, Initiatives for Sustaining Gender Empowerment, stressed the need for more bonding among women to take over leadership and political positions.

NAN reports that the event had in attendance,  various women leaders advocating inclusion of women and People Living With Disabilities (PLWDs) in Nigeria.