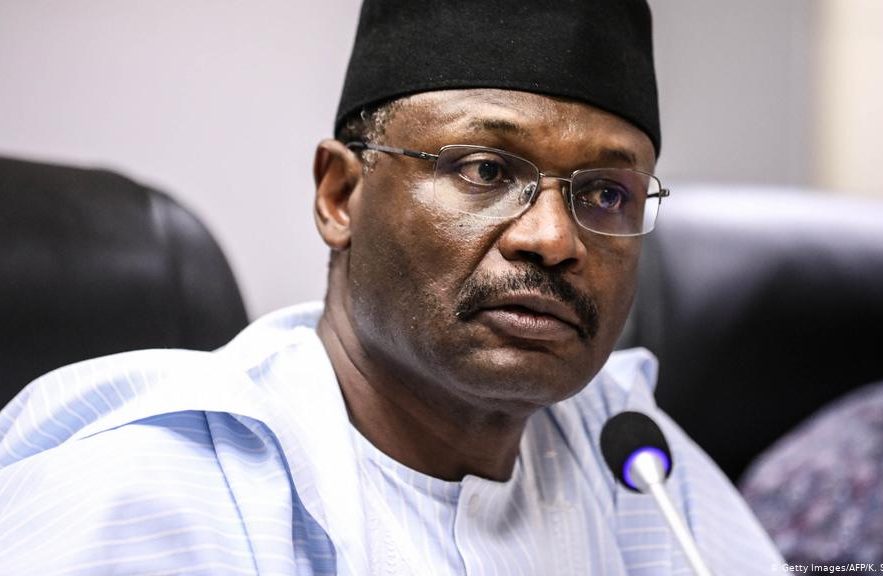 INEC Chairman, Prof. Mahmood Yakubu, in his remarks at the Commission’s quarterly meeting with Civil Society Organizations (CSOs) Wednesday in Abuja, said that the INEC would suspend online pre-registration by May 30.

“Both the online pre-registration as well as the physical registration at designated centres are taking place simultaneously.

“However, online pre-registrants would require time to schedule appointments to complete their registration physically at designated centers.

“For this reason, the Commission has decided to suspend the online registration in the next three weeks that is May 30.

“This will enable the online registrants to complete their registration physically at the designated centres before the exercise is suspended on June 30.

“This will enable the Commission to clean up the registration data, print the Permanent Voters’ Cards (PVCs) and compile the register ahead of the 2023 General Election,” Yakubu said.

The INEC Chairman also disclosed that the commission would by next week finalize the regulations and guidelines for the conduct of future elections.

These, according to Yakubu include the forthcoming Ekiti and Osun Governorship elections as well as the 2023 General Election.

“There are many progressive provisions of the Electoral Act 2022, which require clear understanding to guide implementation.

“We have prepared a document for discussion which is included in your folders for this meeting,” he said

On election technology, Yakubu said that INEC had reviewed the functionality of the Bimodal Voter Accreditation System (BVAS) following complaints received after the recent Area Council elections in the Federal Capital Territory (FCT) held on Feb. 12 and six by-elections in four States across four geo-political zones.

He said that in the by-elections, the BVAS functioned optimally as attested to by the reports field observers accredited by the Commission.

“The lessons learnt from the most recent by-elections have been taken into consideration as we prepare for the forthcoming Ekiti and Osun State Governorship elections.

“The Commission has just finished the configuration of the BVAS for the Ekiti State Governorship election.

“We will also undertake a mock voter accreditation exercise in Ekiti State ahead of the main election on June 18, the details of which will be announced shortly,” Yakubu said.

Speaking on behalf of the CSOs, Ene Obi urged INEC to stick to its timetable and schedule of activities for 2023 general elections against the call for two months extension for the deadline for conduct of primaries being demanded by registered political parties.

Obi urged INEC to ensure that its BVAS function optimally in the forthcoming governorship elections in Ekiti and Osun states, as well as 2023 general elections.

She also urged INEC to ensure there were improvements on previous elections in the conduct of the forthcoming elections.

Obi stressed the need for more sensitization of voters in Ekiti and Osun State for eligible voters in the states to discourage voter apathy and encourage them to come out en masse during the states governorship elections.

She urged security agencies to improve on the professionalism they exhibited in Anambra and previous elections.

Obi called on EFCC to investigate the source of income of those buying parties’ nomination forms at exorbitant price, when many Nigerians were living in poverty.

INEC specified that the CVR would end June 30.