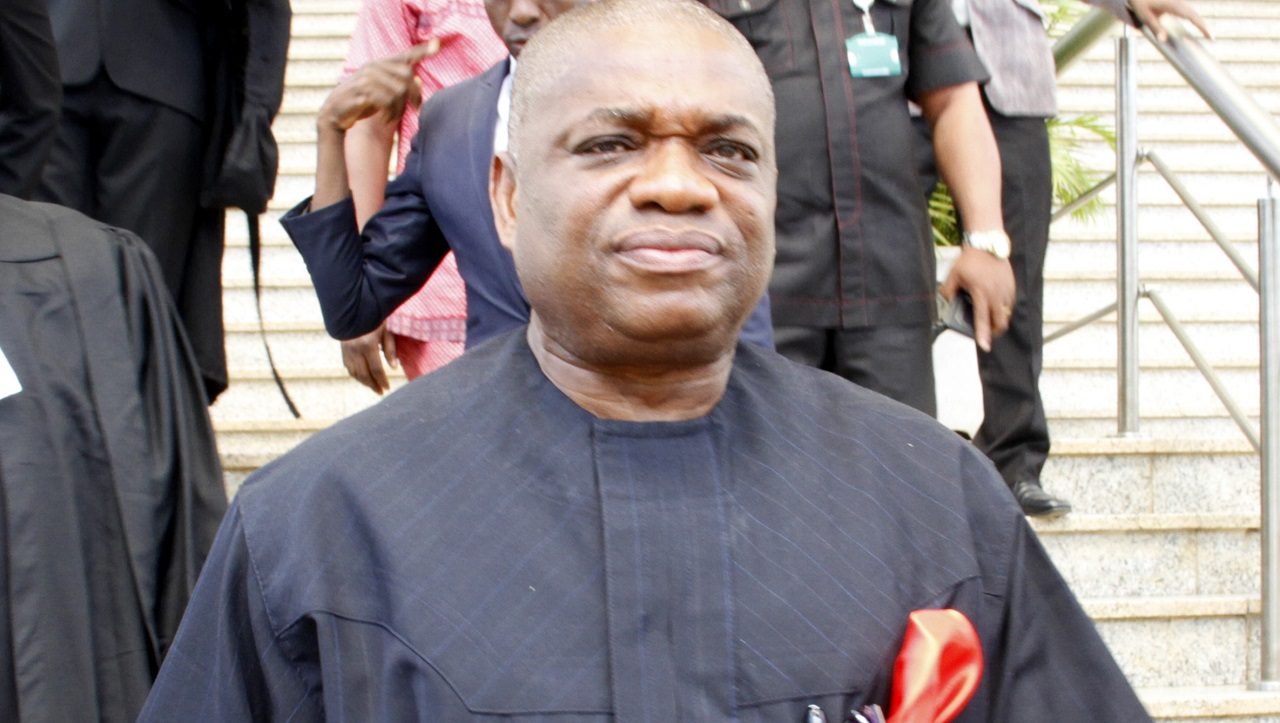 The Chief Whip of the Senate, Senator Orji Uzor Kalu, has asserted that he is capable but not desperate to become the President of Nigeria in 2023.

This is as he lamented that the South-East region was overdue to produce the next president of the country.

The former governor of Abia State said this while addressing journalists after a plenary session at the National Assembly, as disclosed on his Facebook page, on Wednesday.

“Has the party zoned the ticket to the South-East? I have said before that there are only two zones that have not been President -the South-East and the North-East. Once it’s zoned to the South-East, I have the capacity and capability to roll out my campaign and rock like a hurricane.

“It’s overdue for an Igboman to become a Nigerian President, I believe the South-East should produce the next President and it’s going to happen,” the Senator said.

He also said that those who were against zoning the presidency to the South-East and North-East were not serious-minded and fair citizens of the country.

“They are not serious. A serious-minded person will like to be fair to Nigeria, to be fair to society and be fair to the atmosphere because this party is not owned by me or by you the press people. It is only APC people that can decide where the party ticket will go. If they zone it to the Southeast, I have all it takes to make a good President,” Kalu said.

The Chief Whip stressed that his visit to President Muhammadu Buhari on Tuesday was because their relationship had spanned many years before he became President. He disclosed that their discussions were on national issues with regards to security, electoral laws and the welfare of the country.

He said, “This is not the first time I’m going to see the President. People usually go in the afternoon but I went in the night to avoid the press.

“I go there regularly. It’s a family affair and I went there to discuss national issues with regards to the security and wellbeing of our country and also the issue of the electoral law and the discussion was very fruitful.”

Kalu said he would pursue his presidential ambition with politicians from other geopolitical zones of the nation while stating that he would commence nationwide consultation at the right time.

The APC chieftain expressed optimism on the forthcoming convention scheduled for February 26. He assured Nigerians that the exercise will be free of chaos, adding that the outcome will make Nigerians proud.

Kalu’s declaration came barely 24 hours after a former governor of Lagos State and National Leader of the All Progressives Congress, Asiwaju Bola Tinubu, met with President Buhari to express his interest in the top job.

The Governor of Ebonyi State, Dave Umahi, also met with Buhari the following day to declare his presidential ambition.