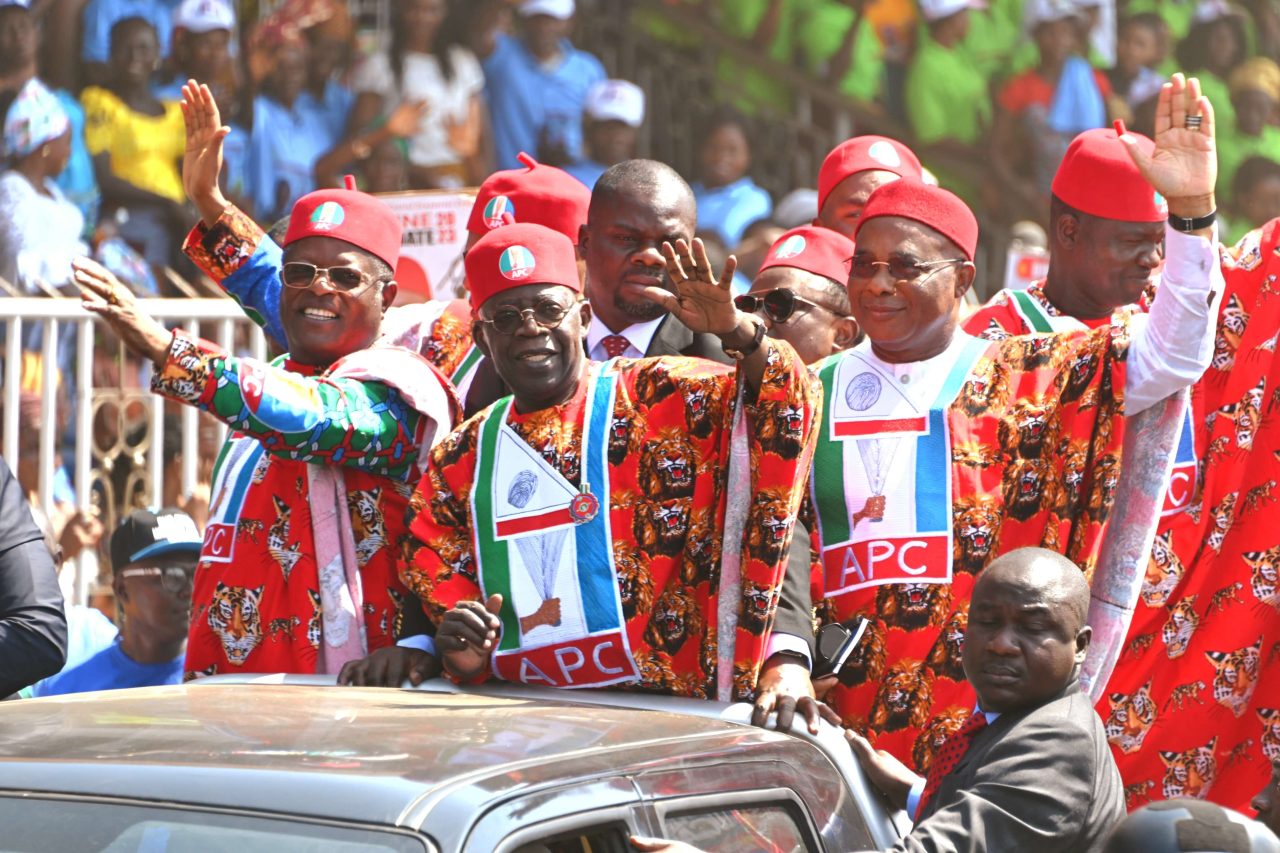 The presidential candidate of the All Progressives Congress for the 2023 elections in Nigeria, Asiwaju Ahmed Bola Tinubu, has pledged to end all forms of agitation in the country if he becomes the president.

He made the pledge on Thursday while addressing stakeholders and party supporters in Abakaliki, Ebonyi State capital.

The event was the climax of his campaign tour of the State, which started on Wednesday.

The presidential candidate observed that agitations, which have remained the bane of the country, would be tackled by him through effective dialogue and consultation, adding that it was only by doing the right thing that Nigeria can move forward.

Describing education as the greatest weapon against poverty, the candidate assured youths of improved school system, employment and economic viability.

Tinubu said: “We will move Nigeria forward when we do the right thing.

“I am for unity and progress of our people.

“We will talk to all agitators.

“This thing is not done by complaints, but by sitting round the table.

“It is not by fight, but by sitting down at the table to talk.”

Tinubu, who mocked the 16 years of the Peoples Democratic Party leadership in the country as “wasted years”, further pledged to tackle the country’s lingering electricity and educational problems.

While commending President Muhammadu Buhari for revamping the railways and constructing the Second Niger Bridge, among other achievements, Tinubu said he would extend the rail lines across the length and breadth of the country.

He said: “We came in 2015 and we came to realise that transportation is necessary for development, and we embarked on the railway lines.

“We will expand the rail lines to make cargoes move across the length and breadth of our country.

“And we will make South East Nigeria the Taiwan of Africa.

Governor David Umahi of Ebonyi State, while adumbrating the qualities of the presidential candidate, said he is a man of excellence.

Umahi maintained that Ebonyi State and the South East have benefited more with the APC government than with the PDP, insisting that performance rather than tribal or religious sentiments should be the basis for electing leaders.

He said: “Nobody can drag us to ethnic politics.

“He goes for the best.

“He chooses the best and Ebonyi is part of the best.”

In his remarks, the APC National Chairman, Senator Abdullahi Adamu, represented at the event by Chief Emma Enekwu, Deputy Regional Coordinator, APC Presidential Campaign Council, enjoined supporters to vote all candidates of the party in the 2023 election.

They described Tinubu as the best fit for the job of the president, and a man who keeps his promises.

Uzodinmma said: “He is a man who is going to rely on what he has done before to earn our trust.

“Tinubu is one of our best.

“I want to urge all of you to translate the event of today into a corresponding victory at the election.”

The event witnessed unprecedented turnout of party supporters from all parts of the State, including who is who in the party across Nigeria.

Highlight was the handing over of the party’s flag to its governorship flag bearer in the State, Rt. Hon. Francis Ogbonna Nwifuru, by the representative of the party’s National Chairman.