2023: Groups vow to mobilise support for Osinbajo as APC candidate 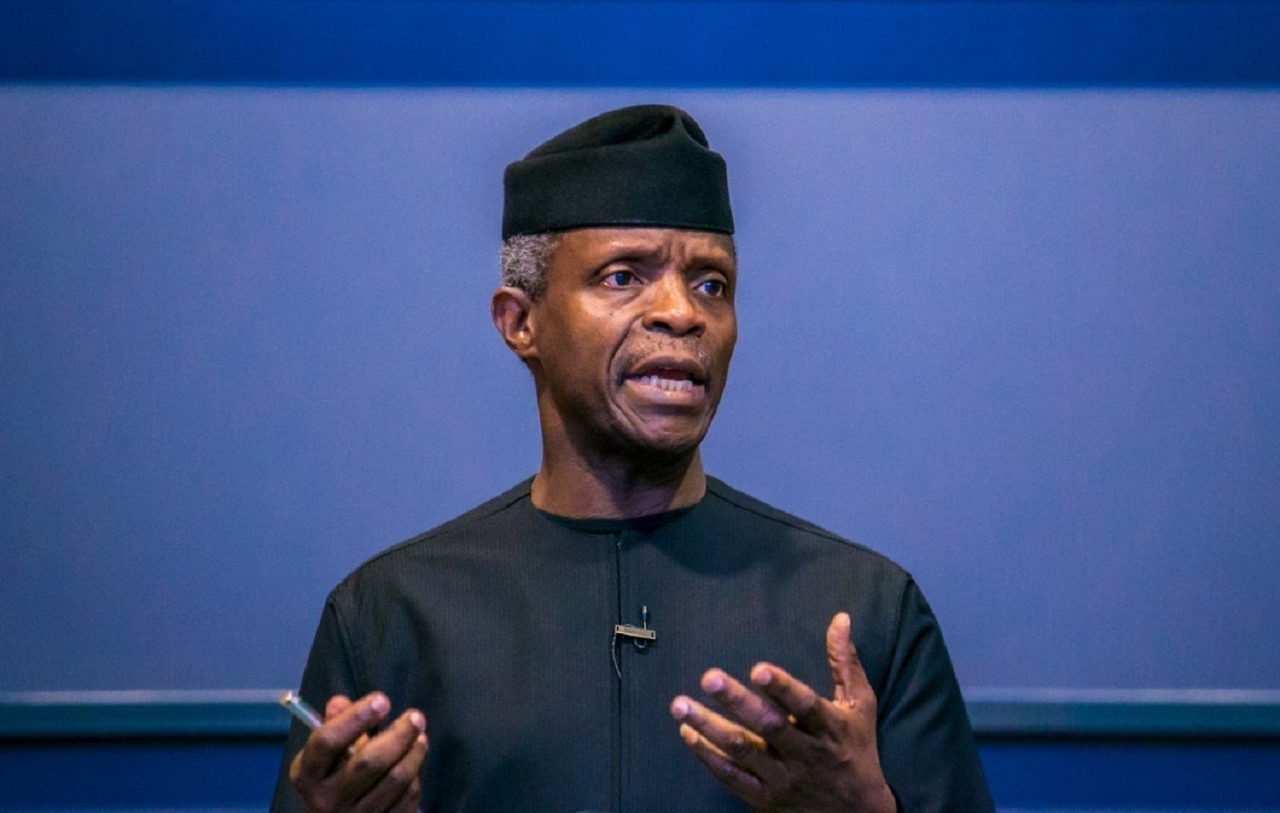 A coalition of political groups, The Progressive Project, has vowed to mobilise all necessary support for Vice President Yemi Osinbajo to emerge as the 2023 presidential candidate of the All Progressives Congress.

The Head of TPP’s Situation Room, Jeffry Omoh, stated this at the group’s first interactive meeting of Osinbajo Support Groups.

The meeting was held on Wednesday in Abuja.

Although Osinbajo has not made known his intention about the 2023 presidential election, several groups have started drumming support for him.

Omoh said that the TPP would emphasise “mobilization of delegates’ patriotism, not mobilization of Naira” to ensure that Osinbajo wins the APC ticket for the 2023 presidential election.

He urged representatives of about 500 support groups of Osinbajo  supporters to go home, study their environment more, improve their interactions with people and return with suggestions and ideas which TPP and its constituent teams could work with to actualise “Osinbajo Presidency in 2023”.

He said that the TPP was to ensure that all individuals and groups of like minds for “Osobanjo presidency” come under an umbrella for effective coordination.

Omoh added: “What the progressive project is selling is personality of the vice president, we need to first of all identify that.

“The vice president has his unique personality which everybody on the street is identifying with him.

“So, why don’t we come up and say this man is good enough for the job.

“I have no doubt, it is about Nigerians decision.

“It has gotten to that point.

“There is a set of Nigerians that are waking up and this set is demanding for a young man to be in the saddle.

“A professor, someone who has achieved so much, one who is doing so much and we believe he can do more.”

Abioye Akerele, Coordinator, South West Movement for Osinbajo, said he was happy that the project was being taken across the country.

“The unique selling points for the vice president are his brilliance, being a gentleman and a man of God and these are what we lack in the country today,” he said.

Akerele, who revealed he has not met Osinbajo in person, said he was optimistic that the project would be achieved.

Also speaking at the meeting, the Coordinator, River State Coalition for Osinbajo 2003, Chief Precious Elekima, said it was high time Nigerians voted for credible individuals not religion or ethnic sentiments.

Elekima described Osinbajo as a viable and saleable candidate whose ordinary life style has shown that he was imbued with physical and spiritual contentment that appealed to all.

“Irrespective of party divide, the little Osinbajo has shown tells us that we need someone like him with utmost humility to occupy the office, then listen to suggestions on how the country can move forward.”

The Commissioner for Investment, Commerce and Industry in Niger State, Dr. Mustapha Jibril, commended Osinbajo for his loyalty to President Muhammadu Buhari.

Jibril said Osinbajo’s disciplined focus and his other good qualities drew attendees from various parts of the country to pursue the common cause of getting him into the Villa.