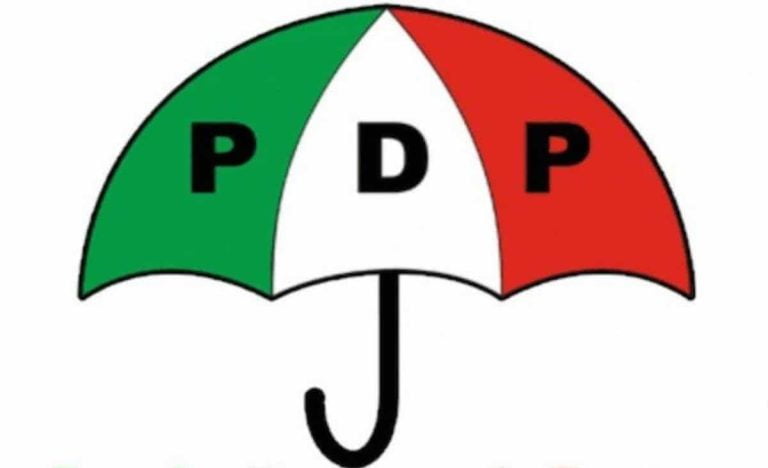 Share
Facebook Twitter LinkedIn Pinterest Email
A Delta State Igbo political group, Ndigbo Political Ambassadors (NPA) has declared its total support for all Peoples Democratic Party (PDP) candidates in 2023 general elections.
The declaration was made in a well-attended press conference in Warri Saturday.
One of the conveners of conference Dr Ogbonnaya Igwe, a special assistant (SA) to Governor Okowa on Community Development spoke on behalf of the group.
He explained that NPA was formed to create political awareness, consciousness and participation among Ndigbo in Delta State.
He added it was also to guide Ndigbo in taking good and appropriate political decisions as it relates to Delta State politics and beyond among other reasons.
He also listed some of the good things Governor Okowa has done for the Igbos in Delta State so far.
Another convener of the conference, Hon. Michael Ezeh , an  Executive Assistant (EA) spoke in the same.
He vowed that Igbos in Delta State will reciprocate Governor Okowa’s gesture with a block vote for all PDP candidates in the 2023 general elections.
On his part, Hon Festus Ukeje (aka June 12) a senior special assistant (SSA) to Governor Okowa on Political Matters and also a convener  of the conference urged Igbos and indeed other Nigerians to vote out the All Progressive Congress( APC )at Federal level because of his alleged maladministration.
While calling on Igbos in Delta State to continue to support PDP, he stated PDP was the only party that can salvage Nigeria.
In his contribution, a Senior Special Assistant SSA to Governor Okowa on Community Development Nze Francis Onuora who also a converner of the conference stated that the group’s support for PDP was because of the patronage and love of Governor Okowa for the Igbos.
He made it clear that NPA was a political pressure group and not a socio-cultural group.
Nze Onuora clarified further that the group was not in power tussle with any Igbo socio-cultural group but was for the political interests of Ndigbo in Delta State.
By Ambrose Ologide Hon. Michael Ezeh PDP
Share. Facebook Twitter Pinterest LinkedIn Tumblr Telegram Email