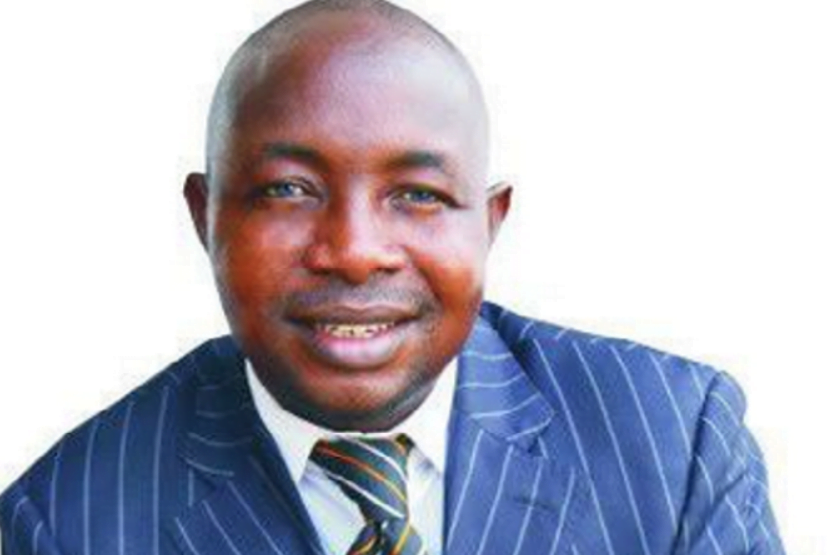 Some three months ago, Bola Amhed Tinubu (BAT) was spotted in wetted diapers in Ogun State at a ceremony. It prompted medical experts’ reactions who said he may be suffering from chronic urinary incontinence after a video emerged from his visit to some top traditional rulers in Ogun State showed a wet patch around his lower region. The embarrassing incident put to rest the arguments whether or not BAT is way sicker than we ever thought than Buhari has ever been. In a serious country, this should put an end to his presidential ambitions.

The people goading him on on his pitiable presidential voyage should be sympathising with the sickly BAT by advising him to bow out so that the nation can move away from the tragic experience of voting into office another near-death individual who should be attending to their great grandchildren at home in retirement. The BAT-ists should be feeling sincerely sorry for the Octogenarian former Lagos State Governor — at the same time— feeling more sorry for a country that considers someone like him as an option to be President after the indescribable havoc another sick President of the same APC cast is currently wrecking on the country.

Tinubu has come under public scrutiny in recent times over his frequent medical trips as well as misleading and incoherent comments, raising doubts about his declared age of 69 years and concerns about the state of his health. For example, while encouraging Nigerians two months ago to get their voters’ cards to enable them exercise their franchise during elections, he insisted that the cards were only valid for a stipulated period before expiration.

“Take one family member, two family members, knock on all doors and make sure that the new registration… Because they may not announce to you on time. The PVCs you have has expired,” Tinubu said.

In another viral video from his address at the 12th colloquium organised in his honour in March, he said that the military were understaffed and suggested that 50 million youths should be recruited to boost the force, irrespective of their educational backgrounds.

“Recruit 50 million youths into the army, what they will eat — cassava, corn, yam, will grow here. Don’t talk about illiteracy, anybody who can hold a gun, who can handle a gun, who can cock and shoot is technically competent to repair a tractor in the farm,” Tinubu stated.

Between July 2021 and January 2022, Tinubu has made several medical trips to the US, UK and France, and  reportedly underwent at least two surgeries. Although his media team has stated that the trips and subsequent therapies were for ‘knee injury,’ many Nigerians believe the situation is more dire than he admits. This is why Nigerians are asking for open declaration of the medical status of BAT to avert emergence of another ancestor in Aso Rock, come 2023, or a dead one in power, to avoid constitutional crises like the one we had in the past.

BAT should be prevailed upon to stop subjecting himself to further public humiliation over his presidential ambition and take care of his delicate health. Nigerians are sick and tired of a similar experience like the death of former Nigerian President Umar Musa Yar’Adua in May 2010 after spending at least 109 days seeking medical help for a heart condition known as pericarditis from several hospitals across the continents of Europe and Asia. In the same vain, Nigeria’s current president Muhammadu Buhari has consistently sought medical treatment in the UK for ‘a persistent ear infection’ and other undisclosed ailment since he was elected into office in 2015.

The honourable thing to do at this crucial stage of the national calamity APC/Buhari have visited on Nigerians and the self-evident frailties is for BAT to offer himself for permanent medical treatments in the United Kingdom and remain there for the rest of his life. The reason is simple. In the last few years, BAT has been jockeying globally with his undisclosed ailments treated since he couldn’t build a single hospital for him to be treated in the last twenty three years as both de jure and de facto Governor of Lagos State. The situation is even made worse by his false entitlement claimant to the nation’s presidency which he called “it’s my turn to rule”.

In all, the on-your-face-boorishness being exhibited by BAT and his ostrich followers, who are saying all is well with Nigeria under APC administration which he helped to put in place is truly disturbing and devastating. Sadly, there is nothing on ground to suggest that BAT is bringing fresh ideas about on how to improve the lot of Nigerians to the table or a novel vision of societal transformation, apart from his annoying slogan of “I will continue from where Buhari stopped”.

BAT’s Presidency — tragically — will unleash another cancerous and obdurate social disorder that will become a terrible nightmare to the people, after numerous unfulfilled promises Buhari’s administration to protect the citizenry from hunger, misery and the vicissitudes of human existence, currently reverberating in APC nemesis government.

BAT-ists constant insistence on BAT presidency is chipping away at the foundation of the nation’s economy development. Nigerians are aware that the APC and its presidency are undermining and subverting every attempt to restore sanity to the nation’s litany of woes because they’re the ones profiting from the security crisis and other crises too numerous to mention. If BAT wins, his adherents and everyone of us will then become casualties of the forces that they have helped to unleash, as it is with President Buhari’s present mayhem, like a silent turbo locomotive.

It is this BAT’s self-abnegation, self-debasing intra-elite scuffle and deception to attain power rather than being patriotic and allowing the nation to move forward that has become the nation’s Achilles heel, despite BAT’s contributions to the emergence of the Fourth Republic, is his major undoing. Like Buhari, BAT’s emergence will be another chronicle of a tragedy foretold in the land of the deaf and dumb. That’s why we’re saying unequivocally, God Forbid BAT-hings, come 2023!

Erasmus Ikhide can be reached via: [email protected]

Buhari’s last chance to prove his love for Nigerian students, by Olabisi Deji-Folutile