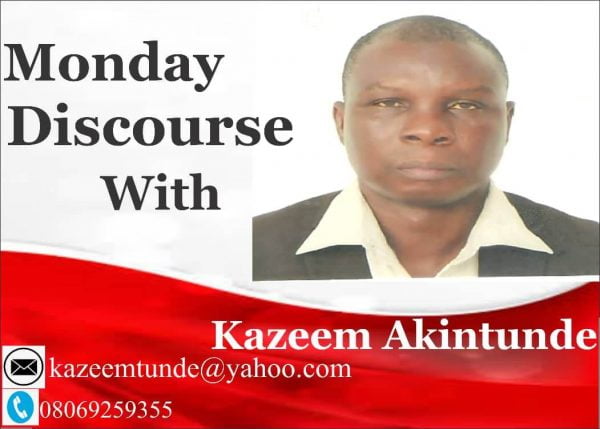 Political campaign for the 2023 general election will start on September 28, 2022 and end on February 23, 2023 for presidential and National Assembly elections, going by the timetable issued by the Independent National Electoral Commission, INEC.

Even before the date, the social media space has been awash with series of campaign promises and slogans.

Nigerians are now used to, and familiar with words such as Atikulator, Obidient, Ari Batishe and others, in praise of the three leading presidential candidates.

Even before the electoral body gave the go-ahead, campaign on social media has kicked off in earnest and taking a dangerous dimension. So far, the campaign has not been about what the presidential candidates have in store for Nigerians but more of name-calling, and fanning the ember of religion and ethnic bigotry. It has become so toxic that supporters now dig out dirt about their opponents and splash same on social media. Where they find none, they manufacture. Information or photographs that they could not twist, they embellish. As aptly described by a popular Yoruba saying – if you want to hear about the history of your great grandfather, dabble into partisan politics. Indeed, we are now in that season where the history of the three leading presidential candidates are being examined, re-examined and re-written to suit different narratives.

No thanks to the smear campaign, we have been told that the great grandfather of Atiku Abubakar came from Cameroon and that it would be better for him to return to that country if he hopes to be a president in an African country. They forget that he was a Vice President for eight years in Nigeria. Some lawyers have even gone to court to stop Atiku from the number one job in the land owing to the perceived or contrived place of birth of his parents.

Peter Obi, we now know, allegedly left university with an ordinary pass and that his certificate was signed on a Saturday. Many are already alluding that he may be parading a fake certificate.  For Tinubu, the candidate of the ruling APC, his shady past has again come to haunt him as he is being dragged on social media to be the same person with many different names that he bore while growing up, such as Amoda Ogunlere, Yekini Sangodele Tinubu, Bola Adekunle, Amoda Yekini Ogunlere, Amoda Ogunlere Sangodele, which many can simply term the metamorphosis of Bola Tinubu.

While politicians and their supporters are ready to hoodwink Nigerians into casting their votes for them, it is incumbent upon us, the electorate, to ask critical questions seeing that we have been taken on a ride for far too long. In a few days’ time, Nigeria will be celebrating her 62nd Independence Anniversary, yet, there is nothing significant that we can point to that we have achieved as a nation.

Yet, if we critically look at the amounts of natural resources God has endowed this nation with, we have no reason to be the poverty capital of the world. It is for this reason and many more that Nigerians should ask questions from those who are aspiring to lead us come 2023. What are their plans for us on education for instance? How do they intend to solve the lingering ASUU strike that has kept university students at home for seven months and a whole academic year lost? Do we continue allocating peanuts to the education sector and expecting to produce graduates that can compete with their counterparts from other corners of the world? Are our curricula in tandem with 21st century realities? Many average Nigerians are now considering foreign education for their wards as many have lost hope in the educational system of the country. And as expected, this would continue to impact on the naira to dollar exchange rate as families struggle to pay their children’s school fees outside the country.

It is time we demanded issue-based campaign. What are the aspirants’ plans in tackling insecurity that has been turned into big business by some alleged military top shots which has made solving the Boko Haram challenge in the North East an intractable one in the last 10 years? In other parts of the country, kidnapping for ransom has now become a lucrative business with many wannabe criminals now fully involved. Despite the fact that many Nigerians went through hell to enroll for the National Identity Card which they were told would prevent criminals from using phone lines to demand and negotiate for ransom payment, it is still the preferred mode of ransom payment, with the NCC not able to track the criminals.

Those spending huge fortunes under the pretext that they want to lead us next year, what are they telling us of their plans for the economy? Although Atiku made public his economic blueprint few days ago, instead of the people to critically examine the document, we are being distracted with the rumour that Atiku “plagarised” and borrowed ideas from the APC’s economic blueprint being implemented by President Muhammadu Buhari. I still don’t understand the blueprint Information Minister, Alhaji Lai Muhammed, is talking about. A blueprint that has turned the naira to one of the most useless currencies in the world with a naira going for over N700 to the dollar? An economy that has ensured that 30 per cent of Nigerians are either unemployed or under-employed? An economy that ensured that over 70 per cent of the populace live on less than $2 a day? An economy that has turned most Nigerians to beggars? Minister Mohammed should spare us his tales and simply enjoy what’s left of his tenure in office.

The Health sector that the late dictator, General Sani Abacha, while analyzing our General Hospitals in his 1983 coup speech, described as mere consulting clinics, has now become an abattoir where people go to die and not to be healed of their sicknesses. This serious issue should be of concern to well-meaning Nigerians, enough to shape meaningful debates and strategies for redress by our aspiring leaders.

It was in his bid to provide comprehensive health for his daughter, Sonia, that led former Deputy Senate President, Ike Ekweremadu to prison in the United Kingdom, where he has been in the last three months. A loving father looking for the best for his sick daughter, Ekweremadu illegally procurred a kidney donor for his daughter and ferried him to the UK for organ harvesting. He and his wife were caught and are now having their days in court. Yet, if Ekweremadu, who presided at the Senate as a principal officer for over eight years, had done the needful, and helped establish state-of-the-art health care facilities at home, perhaps he won’t find himself in this sort of mess in a foreign land now.
It is therefore time for Nigerians to ask questions. What are those aspiring to lead us next year have in store for us in turning our health sector around? From lack of equipment to inhuman treatment of patients by health workers to wrong diagnoses that have sent many to their early graves, the entire health system in Nigeria is now comatose. Attending any general hospital over any ailment now is more or less a whole day’s assignment due to large influx of patients, overwhelming facilities and doctors, and encouraging an ‘I-don’t-care attitude’ of many health workers.

One would think that the more expensive private hospitals would be better in terms of service delivery, but they are not. Most of them have in their employ, unqualified nurses whom they ‘train’. School Certificate holders are converted to ‘auxiliary’ Nurses, giving injections and other medical procedures far beyond their capabilities. There is little or no supervision from government agencies established by law to guide against such practices and in the process, lives are lost unnecessarily.

Job creation should be another issue that those desiring to lead us should tell us how they intend to go about. In a country with a 30 per cent unemployment rate, job creation should be a major priority for the incoming administration. The manufacturing sector is presently gasping for breath due to the high cost of diesel to power and other production materials, mostly imported. Many are shut down already or about to relocate to neigbouring countries. The incoming government should look at how to ameliorate the suffering of those in the sector so that they can boost production and in the process, create more job opportunities for citizens.

These and many more should be what should drive the campaign as we begin the process of electing a new set of leaders next year. Nigeria is on a downward slope towards becoming a failed state and we can still arrest the situation if we get it right in the choice of our leaders next year. A purpose-driven leader could emerge if we,  the citizens, start asking critical questions and elect people based on their competence and track records. Although ethnicity and religion will continue to dog our steps as we gradually move from being a developing nation to a developed country, the impact of the two evils will be minimal if we all desire getting it right this time around. We were deceived by those mouthing ‘change’ in 2015 and we have all seen what has actually changed in our life now. We cannot afford to miss the opportunity again next year or we may as well start bidding farewell to what was once a country.

Already, the National Peace Committee, headed by the former Military Head of State, General Abdulsalami Abubakar, has fixed September 29 for the signing of peace accords by political parties ahead of the elections. It is hoped that the gladiators will stick to what they signed and ensure that the peace we all desire before, during, and after the elections is not truncated on the altar of their ambition.