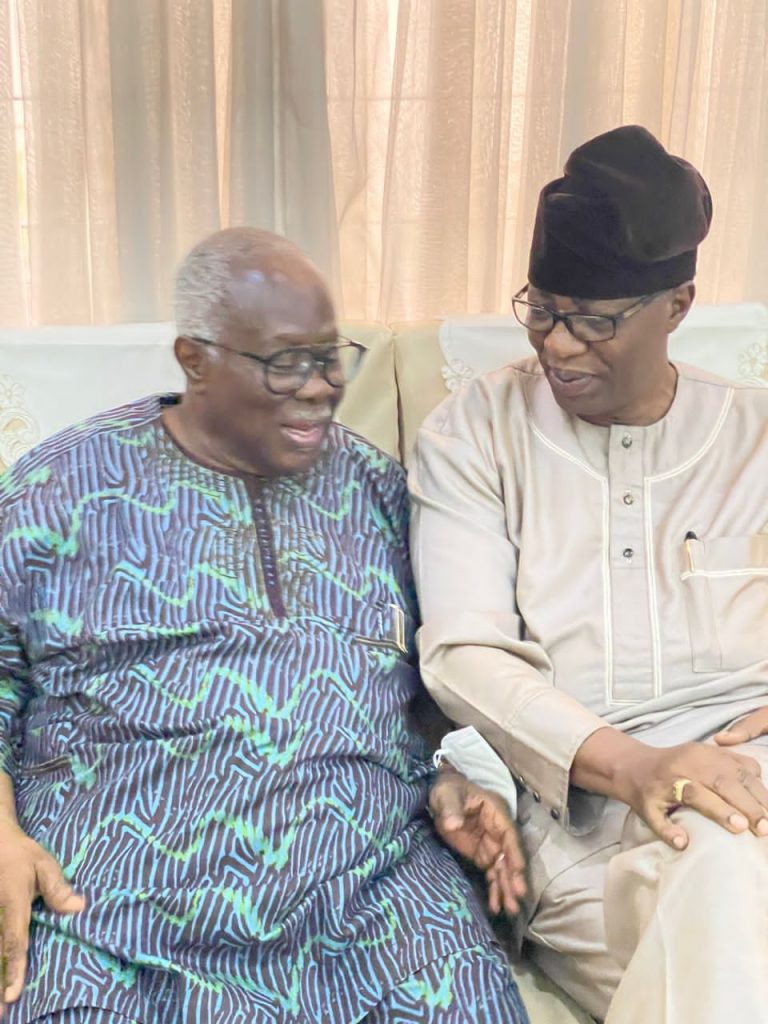 In what appears a meeting of persons with opposing views, a former Deputy National Chairman of the Peoples Democratic Party, Chief Olabode Ibiyinka George, and a former Governor of Ogun State, Otunba Gbenga Daniel, met on Wednesday.

The meeting, at the home of George in Lagos, had as focus the Yoruba agenda for the 2023 general election in Nigeria.

Informed sources said the meeting was an effort to synchronise and harmonise the Yoruba agenda for 2023.

While George remains a member of the Peoples Democratic Party, Daniel has left the PDP, on which platform he governed Ogun State for eight years, for the All Progressives Congress.

Also while Daniel is working assiduously for the realisation of the presidential bid of the APC candidate, Asiwaju Bola Ahmed Tinubu, George has vowed to relocate to neighbouring Ghana should the former two-term Governor of Lagos State win the 2023 election.

No communique or statement was issued after the meeting.