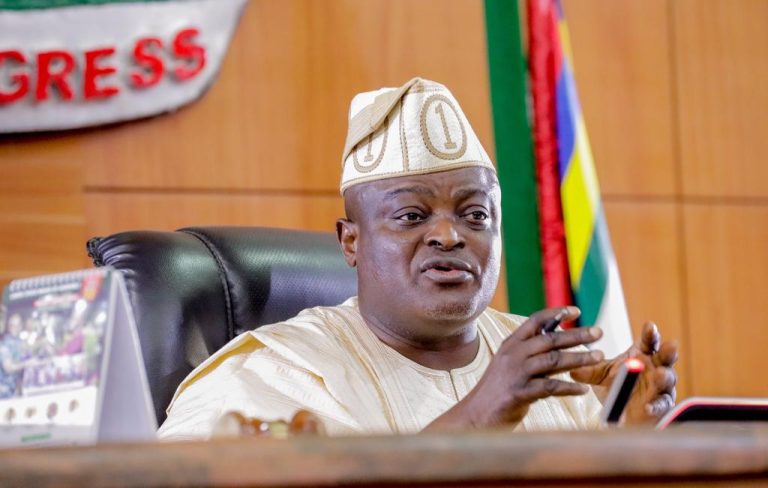 Members of the Lagos State House of Assembly have read for the second time the Appropriation Bill for 2023 presented by Governor Babajide Sanwo-Olu recently.

With the Bill scaling the second reading, it has been committed to a joint committee on Budget and Finance.

The Speaker of the House, Rt. Hon. Mudashiru Obasa, on Tuesday gave the committees a mandate to report back to the House on December 12.

At plenary on Tuesday, the lawmakers described the proposed budget as achievable, while suggesting other areas through which the government could generate more funds.

Hon. Gbolahan Yishawu, Chairman of the House Committee on Economic Planning and Budget, gave details of the Appropriation Bill, while some of his colleagues commended the Executive Arm over the proposal.

Meanwhile, the House of Assembly has summoned Moruf-Akinderu Fatai, Commissioner for Housing, and Oluwatobi Lawal, Managing Director of the Lagos Building Investment Company, over allegations of a planned demolition of some houses in the Jakande Estate area of Eti-Osa.

Also summoned are the affected residents of the estate.

The issue was raised under “Matter of Urgent Public Importance” by Hon. Noheem Adams, Deputy Majority Leader of the House.

Adams told his colleagues that the residents, aged between 70 and 80, stormed his house in the early hours of Tuesday, pleading that the government should be stopped from demolishing their houses.

He recalled that majority of the residents lived in Maroko before their houses were demolished in the 1990s and they were relocated to the Jakande Estate.

He said the residents had lived peacefully until recently when they started facing threats of their building being demolished.

He said the residents had written a petition addressed to the Speaker and that their collective grievance was already being addressed by the House Committee on Public Petitions headed by Hon. Victor Akande.

Adams added that on September 23, 2022, some members of the House, led by Hon. A. Akande, visited the Jakande Estate with some officials of the LBIC, who had promised that they would not demolish buildings in the area.

“However on October 12, officials of the LBIC went to the estate to mark houses for demolition,” he said.

In his contribution, Hon. Rotimi Olowo said the situation with the residents was pathetic.

He said the parties are supposed to reach mutual understanding because the owners of the estate had invested heavily in the place.

Olowo was supported by his colleague, Hon. Adewale Temitope, who urged for an amicable resolution of the issue.

Speaker Obasa, before approving the invitation of the Commissioner and the LBIC boss, noted said there was the need to understand the position of the government before a decision is taken on the issue.

He also agreed that there should be collaboration and understanding between the property owners and the government.