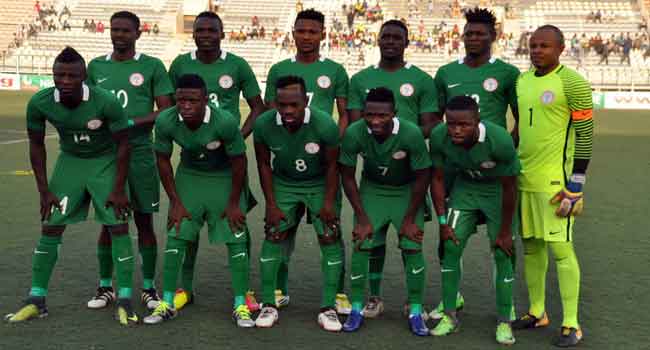 World football governing body, FIFA, has postponed the Super Eagles 2021 Africa Cup of Nations qualifying match against the Squirrels of Republic of Benin, originally scheduled to be played in June.
The decision was part the recommendations of FIFA-Confederations working group, after their meeting, which was organised via conference call on Friday.
The FIFA-Confederations working group recommended that all international matches slated for June be postponed because of the coronavirus pandemic, which has forced most football leagues and other sporting activities around the world to be suspended.
“The Fifa-Confederations working group has unanimously approved a series of recommendations following its first meeting, which was organised via conference call today,” FIFA said in a statement on Friday.
Following the postponement of the Tokyo Olympics by a year, the FIFA working group also proposed keeping the age eligibility rule of players born on or after January 1, 1997, and three additional players.
It was also decided to hold discussions with confederations to draw up a revised schedule for the 2022 World Cup qualifiers, which have been shelved.
“The FIFA-Confederations working group will continue to hold discussions on a regular basis as the situation evolves,” added the statement.
Last month, the Confederation of Africa Football postponed the AFCON qualifiers between Nigeria and Sierra Leone because of fears of the spread of the deadly crisis.
After two games in AFCON qualifying series, the Super Eagles top Group L with six points following back-to-back victories over the Squirrels of Benin Republic and the Crocodiles of Lesotho.