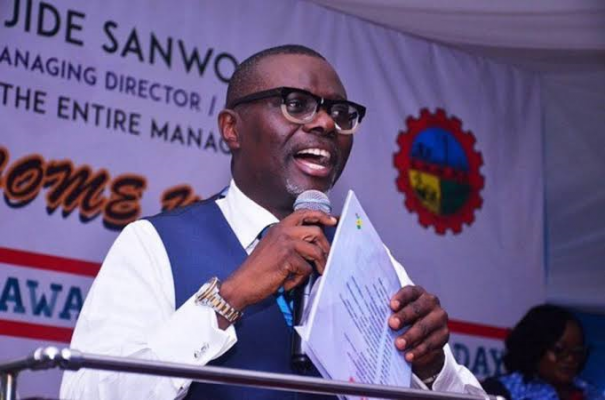 Babajide Sanwo-Olu, the All Progressives Congress Lagos State Governorship candidate’s Independent Campaign Group has inaugurated a chapter at the Empire Lounge, London, in the United Kingdom.
This, according to a statement issued by Abiodun Alli, former Chairman Lagos State of APC and the Event Manager of the ICG in the UK, is to facilitate  Sanwo-Olu`s campaign ahead of the 2019 governorship election.
According to him, the inauguration which was at the instance of the Campaign Director-General, Tayo Ayinde, was organised by the Organising Secretary of the APC UK, Ibrahim Yusuf, who doubles as the chapter’s Co-ordinator of the newly-inaugurated campaign chapter.
The statement quoted Yusuf as saying that the ICG was a coordinating point for all the interest groups who were committed to the furtherance of the campaign and electoral victory of Sanwo-Olu in 2019.
He congratulated the campaign director-general for the emergence of Sanwo-Olu as APC governorship candidate for Lagos State 2019.
Yusuf said: “They thought it would be difficult to defeat the incumbent, but with your style of leadership and your committed team back home, you achieved this great feat.
“I must say here that we joined the struggle the first day it started. History has been made and to God be the glory.
“Already, our family members, friends and associates in Lagos have been advised to collect their PVCs in readiness to vote for Sanwo-Olu come 2019.
“More so, our campaign strategies and programmes will be laid out soon and some of us are coming home to vote as well, we shall leave no stone unturned.”
He expressed appreciation to the national leader of the APC, Asiwaju Bola Tinubu, for his vision and efforts to ensure continuity and progress in Lagos state.
He added that the chapter would work out a robust actions that would ensure issue-based campaigns in line with the ethos of the APC progressiveness ahead of the elections.
According to the statement, the inauguration was witnessed by APC stalwarts in the United Kingdom, among whom were its Chairman, Dr Phillip Idaewor, Oyo State APC UK Chapter Chairman and Wole Saidu among others.