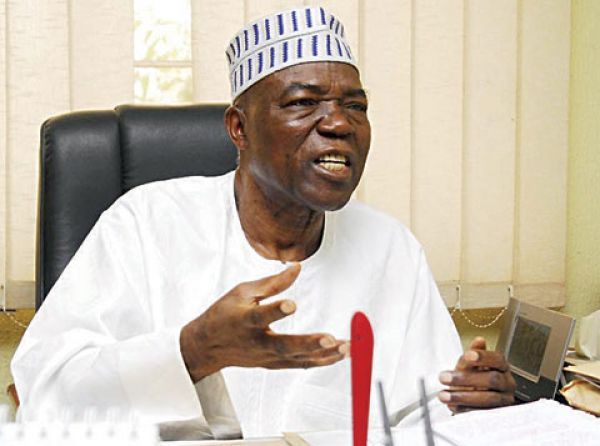 Plateau State governorship candidate for the 2019 election, Senator Jeremiah Timbut Useni, has successfully filed his appeal briefs at the Court of Appeal, Jos Judicial Division.
Useni had earlier filed a Notice of Appeal against the judgement of the Justices H. A. Saleeman, B. C. Iheka and K. I. Ahmed of the Governorship Election Petitions Tribunal delivered on October 2, 2019 in Jos.
A statement by Useni’s Media Consultant, Pastor Yiljap Abraham, revealed that his principa’s appeal contains 21 grounds of appeal.
Abraham said: “When the case was called on Monday, November 4, 2019, a five member Governorship Appeal Panel, presided by Hon. Justice J. O. Bada effectively took charge of the proceedings. Other members of the panel are Hon. Justice A.O. Otisi, Hon. Justice Y. Nimpar, Hon. Justice Ridwan M. Abdullahi and Hon. Justice P.A. Mahmud.
“Counsel to Sen Useni and the PDP,  SG Odey leading a team of four other legal experts – Aishatu Umar, David Peter Dusu, BD Mann, and Efioma Anerobi, announced that his team had filed the appeal briefs within time specified under the Electoral Act.
“In the briefs, containing 37 decided cases, Sen. Useni argued why the judgement of the lower court should be reversed in his favour and he be  declared the elected governor of Plateau State.
“It has also emerged through Counsel to Simon Bako Lalong, P.A Akubo, SAN and that of the All Progressives Congress G.S Pwul, SAN, that they have filed two Cross Appeals on this matter. They are asking the panel of judges to also review some aspects of the judgement of the governorship tribunal even though the whole judgement went in their favour. Whereas Useni and PDP are challenging why the tribunal arrived  at a different decision after finding that Simon Bako Lalong lied on oath concerning his name on official INEC forms, Lalong himself and the APC are actually challenging how Justice Saleeman and her team could have come to the conclusion in the first place that Lalong lied on oath.”
The statement added that INEC, which is the 1st Respondent in the main appeal and the 3rd Cross Respondent to the two Cross Appeals, has filed no cross appeal of its own.
Thus, the commission has all along from the lower court maintained that it stands for the interest of both Appellants and Respondents.
Odey told the appeal panel that his team is expecting the briefs of the Respondents on the main appeal as well as that on the cross appeals.
Thus, the appeal before the panel is “not yet ripe for hearing.”
He has however indicated that once they receive the Respondents’ briefs within the week, they will also file their responses to the briefs.
Justice Bada announced that the Main Appeal and the two Cross Appeals will be heard the same day,
He adjourned hearing to November 22, 2019, adding: “Get ready for that day.”