2019: My priority will be job creation -UDP Presidential aspirant 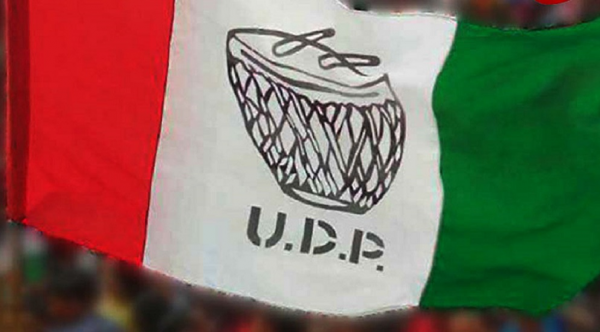 A presidential aspirant on the platform of United Democratic Party has said that job creation would be given priorities of his administration if elected in the 2019 election.
Isiaka Balogun made the promise on Friday in Akure while officially declaring his ambition to run for president.
Balogun said: “If I am picked by the party and elected as president, we are going to give grants and loans to private individuals to start their own businesses across the country but they must at least employ five or six people.
”So, there is a chance that by the end of 2019 our unemployment rate in the country will be less than four per cent.”
Balogun said that Nigeria need a culture where the youths would have pride in their Nation.
He explained that it was lack of patriotism on the part of Nigerians that made them to search for greener pastures abroad despite the heavy disadvantages involved in such venture.
On restructuring, the UDP presidential aspirant said that what the country need now was a structured government.
He said: “As far as Nigeria is concerned, there is no structure on ground now to restructure; you cannot rebuild a house that is not in existence.
“It is when you tried a government that take care of everybody and does work then you can talk about restructuring. Let us have a structured government on ground before glamouring for restructuring.
“There is nothing like restructuring, those people talking about restructuring are using it as diversion. Its just to give something to us to be arguing about while they run away with our money.
“Nigeria remain the only country where tomorrow is not guaranteed to be better than today but unfortunately we cannot continue looking back for our greatness.
“Our greatness should be lying ahead of us, the future of Nigeria is the best structure we can have right now.
“I assure Nigerians, by the first six months of our administration people will not be talking about restructuring.”
Also speaking, Godson Okoye, the National Chairman of UDP, said the party was determined to promote the progressive ideology and rebirth of the national economy if voted into power in 2019.
Okoye, who was represented by Augustine Oguntimehin, the party Vice Chairman, South West, said that the party would overcome the existing structure of government.
Okoye said: “What you are witnessing today is the manifestation of the belief of some dignified and patriotic citizens of our Nation to move the country forward.
“By doing so, we shall be remembered as being part of evolution of the new order in Nigeria where there will be an equal opportunity for all to engage in rewarding participatory democracy.”