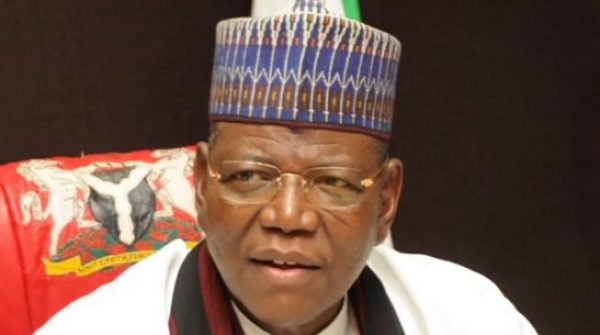 Alhaji Sule Lamido, a former Governor of Jigawa and Presidential aspirant on the platform of the Peoples Democratic Party, has said he will not leave the party even if he loses primaries for the presidential race.
Lamido said this in an interview with newsmen at the residence of Gen. Jeremiah Useni, during a solidarity visit in Jos on Wednesday.
The News Agency of Nigeria reports that Lamido had earlier paid a visit to the Plateau PDP secretariat where he declared his intention to run for presidency in 2019.
He said: “All of us vying for Presidency in PDP are equal and are capable of ruling Nigeria as President.
“2019 Presidency is not just about me, we are all working for a just and a common goal to salvage the country. So if I’m not made candidate of our great party, I will support whoever emerges as flag bearer for PDP.”
The Presidential aspirant assured that the party would reclaim its mandate.
Lamido debunked rumours making rounds that he was being sponsored for the Presidential race by former President Olusegun Obasanjo.
He said that he did not have any godfather in politics and was on his own and was vying for the number one seat in the country.
He said: “I was in PDP before former President Olusegun Obasanjo became president, I do not have a godfather, but I respect everyone in our party; we have the same aspiration as PDP members.”
The presidential aspirant said if voted into power, his administration would tackle security issues head on and try to find a lasting solution to the herders/farmers clashes being experienced in some parts of the country.
Earlier, the party’s state Chairman, Damishi Sango, promised the aspirant of the state party’s support while urging him to strive towards making a difference if he emerged as the party’s candidate.