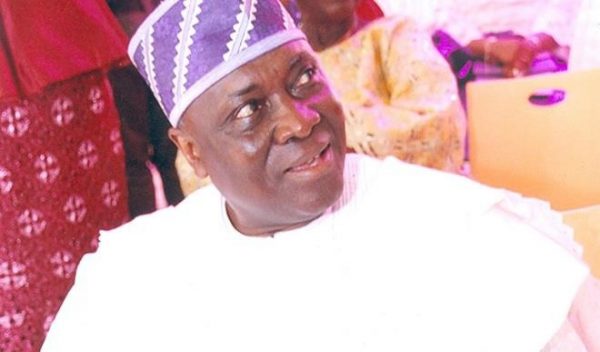 A former Inspector- General of Police, Musiliu Smith, has urged police authorities to focus on intelligence-gathering and community policing ahead of 2019 general elections.
He said that gathering intelligence and engaging in proper community policing could help the authorities in nipping in the bud, “latent crimes capable of rocking the boat of 2019”.
Smith, who was represented by retired Deputy Inspector-General of Police, Waheed Kazeem, at the Nigeria Safety Award 2018 in Lagos on Sunday, said that prevention of crime was the best crime control approach.
He said that election was a social process for people to choose their leaders and should not be a platform to overheat the polity and commit crime.
He said: “It is very unfortunate that election invokes crimes and absurdity in our society unlike in the advanced world where we copied the process of democratic government.
“It is therefore the responsibility of the police to come up with an administrative mechanism to quell the potential unwholesome behaviours in order for peace to reign in the land.”
He advised the police not to be aloof or elusive to the society as, according to him, it is only when officers mingle with the people that they will get confidential information that will assist them in their task.
He called on the authorities of the force and the Federal Government to evolve a pragmatic training of officers and appropriate funding to make the premier security outfit ideal.
On his part, Coordinator of the award, Femi Da Silva, said that the event, which was in its 5th edition, was annual and meant to recongnise individuals and organisations for their strides in safety consciousness.
According to him, the concept of Health Safety Environment is where the world is going at the moment to spur development in all facets.
He said that the award was instituted to raise the awareness in Nigeria in order to bring Nigeria at par with the global trend as it concerned HSE.