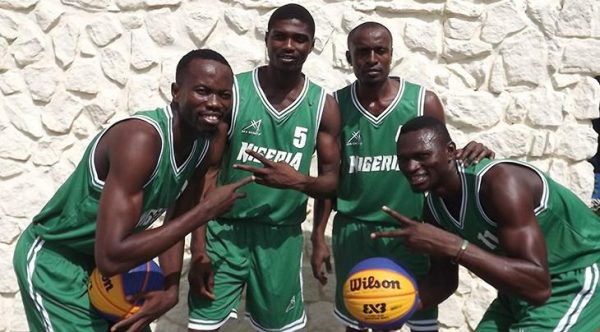 Basketball fans in Lagos would be thrilled to the finest moments of basketball at the National Stadium, Lagos as the D’Tigers get set to face teams from Rwanda,  Mali and Uganda.
D’Tigers who already were triumphant in the first leg of the competition  played in Bamako,  Mali having defeated all opposing teams are comfortably placed to do justice in Lagos.
The men’s national team would rely on the leadership qualities of team captain Ike Diogu who has been inspiration to the Coach Alex Nwora-led team.
Nwora, in Lagos on the sidelines of the team’s training session, told newsmen that the team would be relying on the quality leadership and experience of Diogu when they file out to play.
He said that the team was ready mentally to battle oppositions and would stop at nothing to see Nigeria play well to qualify for the tournament.
Nwora described Diogu, who was co-captain of the 2015 Afrobasket winning team in Tunisia before leading the team to another silver finish two years later as the essential foundation that holds the young team together.
He said: “He knows that we have an unfinished business and he has embraced the leadership role as the captain of the D’Tigers. He is the foundation that holds us together.
“Having won three games so far with three more to go in the preliminary stage of the qualifiers,  I am confident that Diogu will lead the team to a resounding success.
“His leadership role got him the Most Valuable Player of the 2017 Afrobasket and that can provide the needed experience for the relatively young team.
“Hopefully, he is going to keep leading these young players that are coming to the national team for the first time, teach them the right way about doing things.”
Nigeria will resume their world cup campaign on June 29 when they file out against Uganda.
The team would play Rwanda and Malin on June 30 and July 1 respectively.