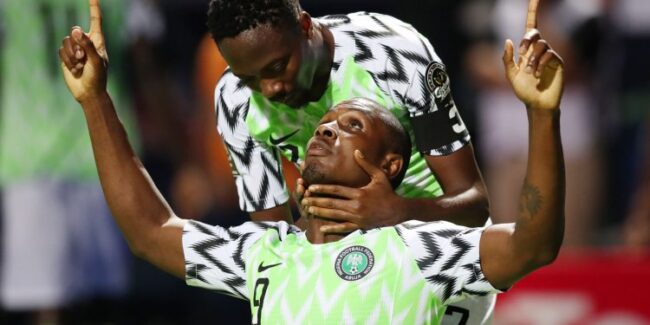 Ten days after the Confederation of African Football announced the list of players nominated for the 2019 African Player of the Year, the governing body for African football on Wednesday pruned the list of candidates.
AFCON 2019 top scorer, Odion Ighalo, is the only Nigerian player that made the latest 10-man shortlist, while the duo of Leicester City’s Wilfred Ndidi and Lille’s Victor Osimhen have been dropped in the running for the prize.
Barcelona’s Asisat Oshoala is among five players competing for the Women’s version of the award and she has to see off the challenge of Ajara Nchout (Cameroon & Valerenga), Gabrielle Onguene (Cameroon & CSKA Moscow), Tabitha Chawinga (Malawi & Jiangsu Suning) and Thembi Kgatlana (South Africa & Beijing Phoenix FC).