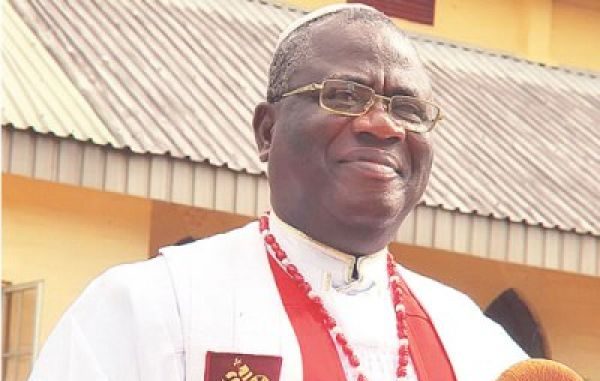 Share
Facebook Twitter LinkedIn Pinterest Email
The Prelate of Methodist Church Nigeria, Dr. Samuel Uche, has advised Nigerians to be cautious of politicians who made promises and failed, describing them as ”dangerous politicians.”
Uche gave the advice in Onitsha, Anambra State on Monday in an interview with newsmen shortly after giving succour to some victims of flood in the state.
While noting that no Nigerian ought to be poor, because of the enormous wealth God had bestowed on the country, the prelate criticised the accumulation of wealth and waste of resources by politicians.
He said: “Those who go into public offices rather go there to amass wealth for themselves and their families and those who make promises but do not fulfill them are dangerous politicians.
“I am advising Nigerians to be careful in electing such people but should only elect people with compassion.”
The prelate reminded the Independent National Electoral Commission that the it would be held responsible by God, if the results of the elections were manipulated.
He, therefore, called for free and fair polls where the wishes of the people are respected, while urging politicians not to impose themselves on the people they wished to lead.
Uche said: “Anybody that kills in the name of seeking for power will never enjoy that power; he may get the power but will never enjoy it.”
Speaking on the gesture for the flood victims, the Prelate said: “We are here to show concern and affection as a Church to those affected by the flood.
“We are here to touch their lives because it is the primary duty of the Church to give hope to them.”
Earlier, the Methodist Bishop of Onitsha, Rt. Rev. Belonwu Onuagha, told the prelate that one of the church branches in Ogbaru Local Government Area of Anambra was submerged by the flood.
Fifteen families affected by the flood received N100,000 each.
They also received items including clothing and shoes as well as food stuff like rice, noodles, garri and palm oil.
A beneficiary, Beatrice Adiole, whose farm and house were destroyed by the flood, commended the church for the gesture.
Anambra State Beatrice Adiole Belonwu Onuagha Methodist Church Nigeria Samuel Uche
Share. Facebook Twitter Pinterest LinkedIn Tumblr Telegram Email