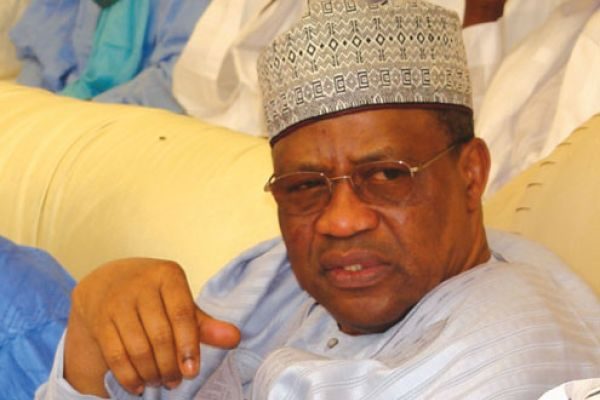 Former Nigeria Military President, General Ibrahim Badamasi Babangida, on Sunday on said he will support the presidential aspiration of the President of the Senate, Dr. Abubakar Bukola Saraki, to reciprocate what his late father, Dr. Olusola Saraki, did for him.
Babangida, while commending during a visit on Sunday by Saraki, said: “It is my turn to do what your father did to me.”
Babangida said at his uphill Mansion in Minna when Dr. Saraki visited him as part of his campaign tour for the forthcoming Peoples Democratic Party national convention that he will treat the presidential aspirant as his own son.
He said: “I will rightly observe that you are my son, for coming to pay a courtesy visit.
“I remember when I was still in office, I spoke with your father, Oloye Saraki, who was always providing advises on a number of things attached to this country.
“He always made himself available to me to give advises and encouragement, which will move the country forward.
“Your visit today is historical.
“Now it is your time and turn to come to me and I will do just that.”
While commending Dr. Saraki’s strategies, General Babangida said: “You mentioned three things that are very dear to us as military, and we fought to get them to preserve them.
“They are unity of the country, the security of lives and economic development.
“The security of the people and their well being of the ordinary man are the right objectives for campaign and leadership for this country.”
Babangida further commended the Senate president for his resilience as the leader of the upper chamber of the National assembly, saying: “You have been able to hold the Senate together for these years.
“I commend you.
“You have my support for these three reasons you have itemised and I hope the people will listen to you.”
Earlier, Saraki had told Babangida that Nigeria is now at a crossroad.
According to him: “We need a country that can be united by a leader who shows concern on the unity of his people.
“We need to provide a direction for this country.
“We are committed to protect our democracy and put the country in the right direction.
“The issue of security has been of great concern and poverty has also taken a toil out of our people.”