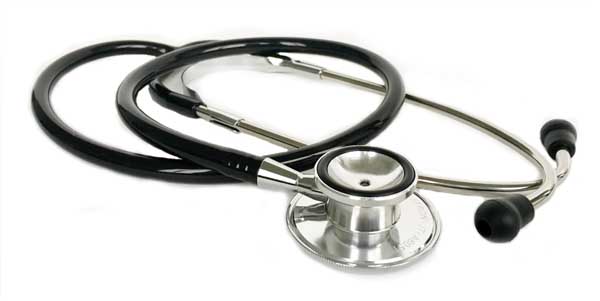 Inadequate use of medications, inhalers and taking overdose of drugs, are major challenges facing the management of asthma in Nigeria, according to a Consultant Family Physician, Dr Oluwajimi Shodipo.
Shodipo, who works at the Lagos State University Teaching Hospital, Ikeja, made the disclosure while speaking on the 2018 World Asthma Day with the News Agency of Nigeria on Tuesday in Lagos.
The World Asthma Day is marked annually on the first Tuesday of the month of May and the 2018 WAD coincided on May 1; the theme was: “Never Too Early, Never too Late. It’s Always the Right Time to Address Airways Disease”.
He said: “Asthma is a chronic condition that is managed both by the use of medications and also some lifestyle modifications.
“However, the policy now is to discourage patients from using tablets and oral medications frequently because of the side effects that can occur from the systemic use of tablets.
“Some of the side effects that we see, especially in those who use steroids for long periods of time, include thinning of the hair and cataracts; some people become obese.
“Some, due to becoming obese, develop diabetes mellitus, hypertension, bleeding disorders; all these occur from the use of steroids.
“Unfortunately, what happens a lot of times is that people take an overdose of these medications, which is a major challenge in managing asthma in our environment.”
The consultant told NAN that the general advocacy now was for people to move away from using oral drugs and start using devices such as the inhaler.
According to him, the advantage of those devices is to ensure that the medication is delivered at the exact point where it is needed, which is the lungs.
He said: “It also ensures that the medications do not get absorbed systemically into other parts of the body and thereby reduce the side effects.
“Unfortunately, a lot of people are using the devices and complaining that they are not functioning; they say anytime they take the tablets, they feel better.
“What we have discovered is that the reason this is occurring is because a lot of people are not using the devices very well.
“So, there is a general push that doctors, when they are prescribing the devices, ensure that when the patients buy them they are actually taught how to use it and also be demonstrated.
“It should be emphasised at every clinic.”
Shodipo also urged government at all levels to play their roles by ensuring that the devices became cheaper so that more people could use them.
According to Shodipo, it will also help to ensure that people have their asthma properly treated, without causing side effects that could occur from taking tablets.
Also, Dr Olufunke Adeyeye, a Consultant Respiratory Physician, at LASUTH, told NAN that managing asthma would also require support from schools, families and the community.
According to Adeyeye, there is need to train more doctors to manage asthma in the country.
He said: “People should work together to support and help those suffering from the condition to manage their conditions.
“Teachers, parents, brothers, sisters and the community should be taught the risk factors so that they can help those with the condition.
“The treatment of asthma has changed over the years; doctors in Lagos State are being trained, but there is need to train more doctors across the country.
“Many doctors need to change in their pattern of managing asthma.”