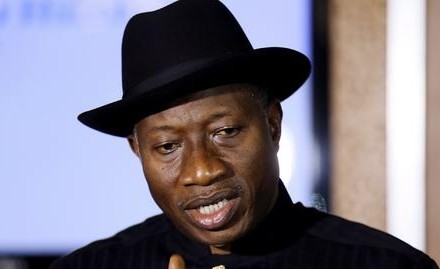 The ruling Peoples Democratic Party at the weekend said President Goodluck Jonathan will determine the fate of his deputy, Mohammed Namadi Sambo, in 2015.
Addressing newsmen in Abuja, the party’s National Publicity Secretary, Olisa Metuh, said it would be hasty to talk about who will be the running mate now when the President has not accepted the automatic ticket given to him.
Metuh, however, hastened to add that Sambo has been a very loyal Vice President, saying that the party is after a winning ticket.
He said: “I believe a lot of people are trying to make speculations.
“Why don’t we wait until when the President accepts the nomination before such issues are highlighted?
“But I must inform that PDP has said that it is a winning team.
“What the President has done, he has done very well.
“I believe that there is no need to magnify or attempt to import any difference between the President and the Vice President.
“The President and the Vice President have worked so well.
“The Vice President has been the second most loyal Vice President in the history of this country besides the President when he was the Vice President.
“I believe he enjoys the confidence of the President.
“And by 2015 election, if the President accepts to run, then we will be able take it to the next level.”
Metuh said the party leadership will not condone any act of sabotage from members, adding that all should work towards the success of the party.
Metuh added: “The PDP has adopted President Goodluck Jonathan as sole presidential candidate for the party.
“It is believed that all responsible, respectable party members will comply with the decision of the highest decision making body of the party.”
The spokesperson disclosed that the party will soon embark on a nationwide tour of all the projects that PDP governments have executed across the country since 1999.
His words: “As you are aware, in the last 15 years of our democracy, our great party, the Peoples Democratic Party, has continued to be the custodian of the sacred mandate freely given by Nigerians since 1999.
“Within this period, the PDP has strictly and vigorously applied itself to delivering on the mandate of not only establishing a free and democratic society in which the powers and actions of government are lawful but also creating a dynamic economy where the welfare and prosperity of the people are guaranteed through sound policies and rapid infrastructural development in all the sectors of the economy.
“However, while millions of Nigerians continue to enjoy the evident benefits of having the PDP in power and demonstrating their satisfaction through their votes in successive elections, the opposition has mounted a negative campaign asking what the PDP has done in the last 15 years.
“Many of them have also queried the rationale behind the unanimous adoption of President Goodluck Jonathan as our sole presidential candidate for the 2015 general election.
“The Peoples Democratic Party will respond in a unique way.
“In the next couple of months, beginning from Monday, September 22, 2014, the Publicity Directorate will embark on a comprehensive nationwide PDP Performance Tour to visit and publicise all projects executed by all PDP elected and appointed officials at the federal, state and local government levels in all the sectors of the economy since 1999, including constituency projects and interventions using special bodies such as NDDC, PTDF, CBN, SURE-P, etc.
“Indeed, there is no state, local government or ward in Nigeria that has not been positively affected by projects executed by PDP governments at federal, state and local government levels.
“Such projects abound in non-PDP states and many Nigerians erroneously give credit to the opposition, which they eagerly accept.
“Also, in states formerly controlled by the PDP such as Edo, Rivers, Nasarawa, Kano, Sokoto, Kwara, among others, the opposition parties, now in control, are laying claims to our projects.
“This tour will ‘recover’ our projects claimed by the opposition and return the credit to the PDP.
“This is in addition to constituency projects by federal and state lawmakers, which were mobilized by the PDP-led Federal Government as well as the rapid growth in the private sector owing to our well articulated reform policies and programmes in key sectors including banking, power, communication, aviation, transport, commerce and industry, retailing, agriculture, housing and others making our nation one of the fastest growing economies in the world.
“Our tour will entail a comprehensive sector-by-sector appraisal of our performance in all the nooks and crannies of Nigeria and the successes recorded in transforming the lives of citizens in the last 15 years of our democracy.”