14 die in accident on Lokoja-Kabba road 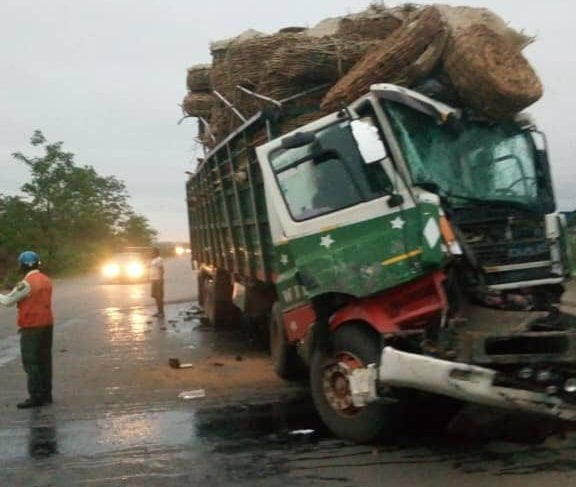 Fourteen people on Wednesday lost their lives in a ghastly motor accident which occurred on Lokoja- Kabba road in Kogi.

The state Sector Commander of the Federal Road Safety Corps,  Solomon Aghure, who confirmed this to the News Agency of Nigeria in Lokoja said that three vehicles were involved in the accident.

The sector commander, who said that the accident happened around 12:50 p.m at Apata community, explained that it involved 26 passengers made up of nine male, 13 females and four children.

According to him, eleven women and three men died on the spot while three others including two men and a woman sustained various injuries.

Aghure said all the four children involved in the crash were also among the survivors.

He said that the injured were taken to the hospital for treatment with the assistance of other security agencies while corpses were deposited at the morgue of the Federal Medical Centre, Lokoja.

The sector commander, who blamed the accident on tyre burst and reckless driving, said that FRSC would carry out further investigation to get more facts about it.