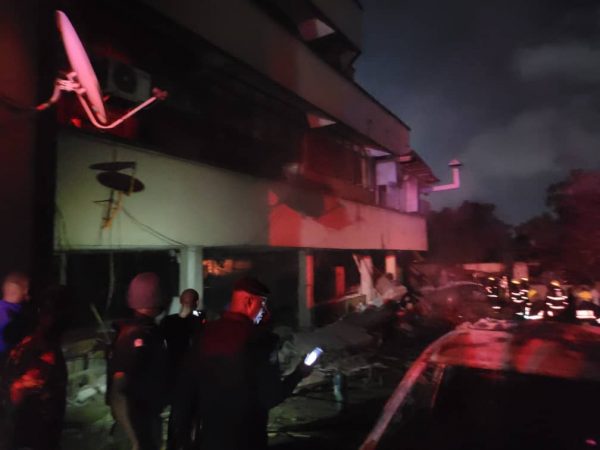 A total of 25 vehicles were said to have been razed while 13 people sustained varying degrees of injuries as a tanker laden with Liquefied Petroleum Gas (LPG) exploded on the Mobolaji Bank Anthony Way, Ikeja, Lagos Thursday night.

The explosion was said to have been caused by unconfirmed leakage while the vehicle was in motion. The resulting fire, aided by the wind, affected the premises of the Ogun State Property Investment Company (OPIC) Plaza, while serious damage is s, aid to have been done to the Sheraton Hotel.

All guests at the hotel are said to have been evacuated.

Out of the 13 persons who sustained burns, nine are males while four are females.

Four of the critically injured victims have been transferred to the Burn Centre, General Hospital, Gbagada.

Comprehensive post disaster assessment on the extent of general damages would be done later today.